It looks like WildStar, Guild Wars and City of Heroes publisher, NCSoft, is running in to some trouble and as a result, the company, along with several developers have been hit with layoffs. Guild Wars developer, Arenanet, is unaffected whereas WildStar developer, Carbine, has had to let go around 60 people, cutting the team down by quite a bit.

This number comes from a source speaking with Polygon. However, an official post on the WildStar forum mentions “several colleagues” being affected and Studio Creative Director, Chad Moore, mentions “WildStar teammates who were affected today”. 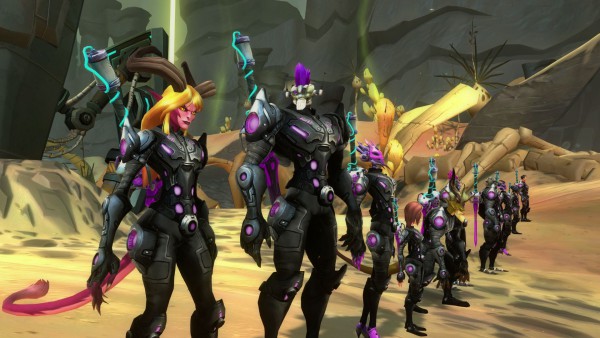 “Today we announced a restructuring of key operations within NC West. As a result of this restructuring, we are implementing staff reductions across our Western operations with the exclusion of ArenaNet. While decisions like this are always hard, they are necessary as we begin the implementation of a new strategy designed to strengthen our footing as a leader in global entertainment.”

“Moving forward, we will continue to focus on our core development capabilities and the intellectual properties (WildStar, Aion, Lineage, and Guild Wars franchises) that have made NCSOFT what it is today. However, we are looking to move into new business segments like mobile and tablet games as well as explore emerging technologies.”

“Again, the decision to reduce staff was not an easy one, and we sincerely wish everyone well in their next endeavors.”

These lay-offs come shortly after Carbine had to cancel Halloween and Christmas themed WildStar content, suggesting that there are deeper issues involved, rather than just NCSoft “restructuring”. WildStar also went through a server merge of sorts, suggesting that many early game buyers since left, leaving some servers rather empty.

KitGuru Says: WildStar actually looked pretty fun and I liked the art style. However, much like Elder Scrolls Online, the player base has been dwindling since launch, which raises the question, are subscription MMOs dead? Has World of Warcraft officially conquered the market? What do you guys think? Also, let us know which MMOs you guys play, I could do with a few suggestions myself.