Xbox boss interested in Knights of the Old Republic Anniversary

Microsoft Studios Vice President, Phil Spencer, has expressed some interest in making a Star Wars: Knights of the Old Republic Anniversary edition, something I’m sure a lot of fans of the RPG series would like to see happen. 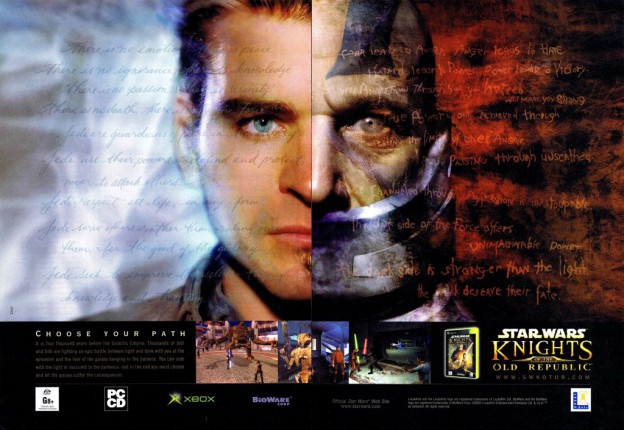 Things started off when a fan tweeted the Microsoft Executive, asking what his favourite RPG’s were, upon seeing Knights of the Old Republic on the list, Twitter user JacobTaylorN7, followed up asking if there was any chance we would see a HD remake for the much loved game despite it not being a first party title. In response, Spencer said he’d follow it up and put a vote in: 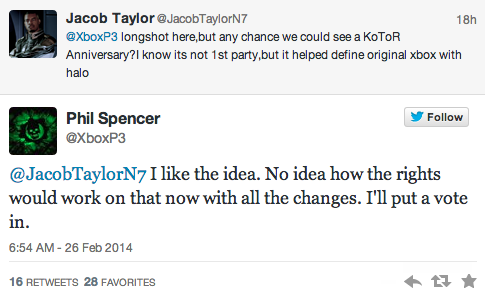 The rights for a remake might be a little difficult to secure now that Disney owns the Star Wars franchise and has already partnered up with EA for future games. That said, EA does own Bioware, the developer responsible for the game, so someone over there might want to do it if given the chance. A tablet version of the game was released last year and works surprisingly well with on-screen controls but a proper remake would blow the app out of the water.

KitGuru Says: Obviously rights and licensing could be a problem and additionally, the game could completely skip PC much like the Fable remake did but at least we know that there is some form of internal discussion surrounding the franchise and what to do with it. I would love to see the game re-made, I would also love for that to lead in to development for a third instalment in the series. Would you like to see the original Knights of the Old Republic remade?