You can grab Payday 2 for free on Steam right now

If you are in need of a new multiplayer game to play over the weekend, then it looks like Overkill has you covered as the studio is giving away five million copies of Payday 2 for free. All you have to do is head to the game’s Steam Store page and hit install, then the game is yours forever.

This particular offer is running until the 21st of June, though if the five million copies run out, it will end sooner. This move comes ahead of Overkill’s changes to DLC. Currently, there are no DLCs for the game on sale as the company is gearing up for an ‘Ultimate Edition’ with all DLC included. However, there will be a H3H3-themed DLC at some point, which will be raising money for a good cause. 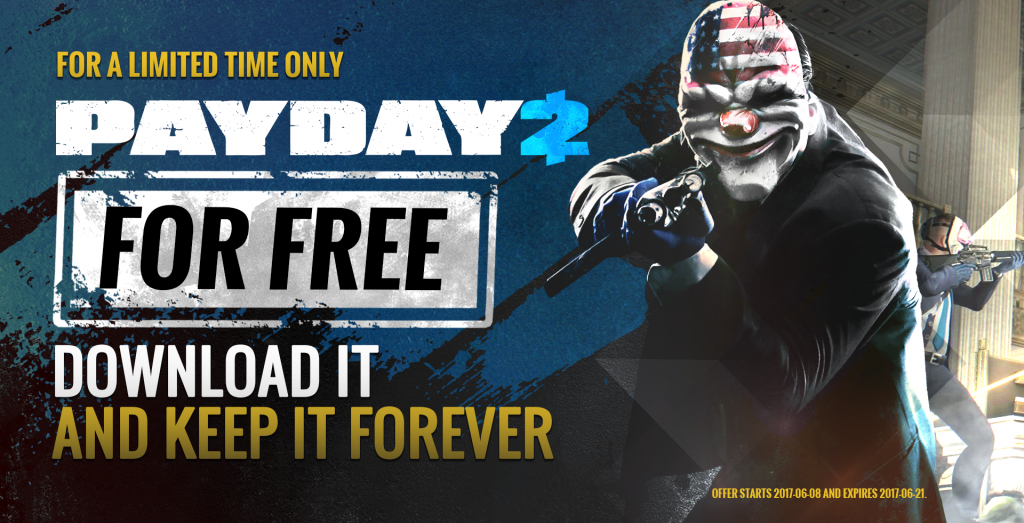 Still, even without the DLC, Payday 2 is a pretty good co-op heist game, so as a free game, you can’t go wrong really.

KitGuru Says: Payday 2 was one of the most popular games on PC for a while, though the microtransaction kerfuffle did set Overkill back a bit. Still, with the game being free now, I’d encourage you to grab it if you don’t already own it.