According to the Modern Warfare Remastered web page, those buying Call of Duty: Infinite Warfare on disc will need to have the disc in their console in order to play their downloaded copy of Call of Duty 4. This move is likely aimed to stop people from buying Infinite Warfare on disc in order to sell on once the digital copy of Modern Warfare: Remastered is installed. 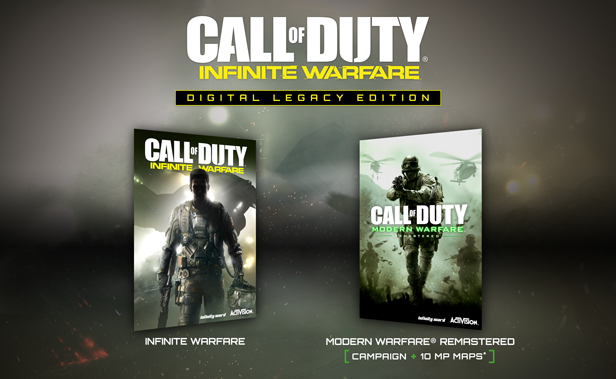 If you buy Call of Duty: Infinite Warfare digitally, then you will be able to play your copy of Modern Warfare: Remastered without a disc just as you would expect from a digital title.

To be fair, Call of Duty isn't the first franchise to offer a separate downloadable game that still requires a disc to run. Medal of Honor tried a similar tactic when the franchise returned in 2010, bundling a digital copy of Medal of Honor: Frontline that still required a disc to play. That said, a lot of Call of Duty fans aren't particularly happy about not being able to buy Modern Warfare on its own outside of a bundle, so this decision may put some off.

KitGuru Says: Quite a few people had probably planned to sell their Call of Duty: Infinite Warfare disc after getting the Modern Warfare download. However, it looks like Activision has stayed a step ahead of them and prevented that from being possible. Perhaps those who just want the Modern Warfare remaster should wait a few months and see if it gets released as a standalone game.