Nintendo has been experimenting with its Amiibo figures for a while now and for the most part, they have been a big success and in some cases, demand has been difficult to keep up with. However, it would seem that owning Amiibo is going to become increasingly important for future games as Nintendo’s upcoming Zelda: Twilight Princess HD game will have a locked off dungeon that you can’t access without the Wolf Link Amiibo.

The NFC figure will be sold in a bundle with the game itself but also be available separately but right now we don’t know what effect this will have on the price of the game. 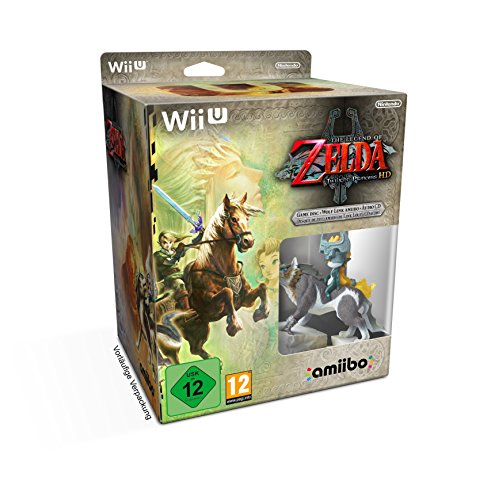 This information was first posted on Amazon France but later removed as an official announcement has yet to come from Nintendo. The item description did say: “Unlock bonuses with ‘The Legend of Zelda’ Amiibos. Tap all the Amiibos for the Zelda series to unlock bonuses in the game, such as regenerating your life, or getting arrows for your bow. The new Wolf Link Amiibo even allows you to get into a new dungeon: ‘The Twilight Cave’.”

Save data from this Wolf Link Amiibo can be carried over for bonuses in the new Legend of Zelda game heading to the Wii U this year though we don’t know exactly what this feature will bring just yet.

KitGuru Says: This is certainly an odd move. On the one hand, people hate locked off content within a game enough as it is and locking content behind a plastic figure pay-wall could arguably be worse. However, an official announcement has not yet been made and we don’t know anything in regards to pricing so it may be a bit too soon to jump to conclusions.