CD Projekt Red has revealed the second playable character in The Witcher 3: The Wild Hunt. Her name is Ciri and according to the developer, she will be crucial to the plot, even if her gameplay elements are small.

Be warned, there are possible plot spoilers in the next paragraph.

If any of you have read The Witcher books, then you will already know who Ciri is. For those who haven't, she is the princess of Cintra and following the death of her parents, Geralt took her to Kaer Morhen, the Witcher base, to undergo some mild Witcher training under the supervision of Triss Merrigold.

Ciri's presence in the third game means we will likely see the other Witchers from the first game once again and possibly revisit Kaer Morhen, which also only appeared at the start of the first Witcher game. 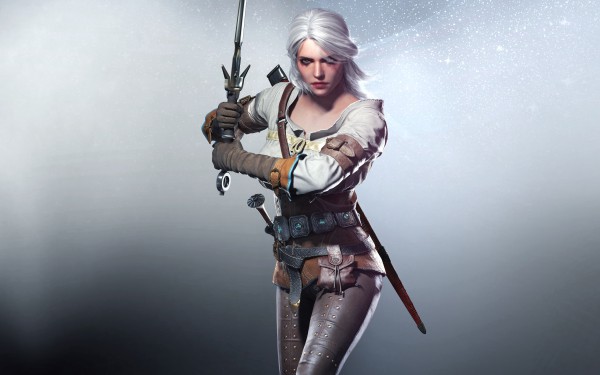 CD Projekt Red confirmed that Ciri will be a playable character earlier today:

“Ciri is playable only during certain moments in the game – we introduce her to give gamers another perspective in the story to make it even more engaging,” explains the studio's Robert Malinowski. “You won’t play as her for long periods of time, but since she’s crucial to the plot, we thought that additional insight will allow gamers to better bond with this cool character.”

“The Witcher was always about Geralt and that has not changed, but that handful of moments when you play as Ciri provide us with glimpses of how the story feels from the other side.”

“She’s a living weapon… and everyone wants to control her. This, plus she also has her own will and agenda, so it’s not just finding her that counts. I think that is the most important aspect of this character. Geralt knows Ciri since she was a child. She’s Geralt’s apprentice and they have a close emotional bond – he trained her so she could become a witcheress.”

The Witcher 3 has been delayed by a further 12 weeks, the game will now be releasing on the 19th of May 2015 and so far, it is looking like a huge game, not just in terms of map size, but also story content.

KitGuru Says: Games in the past have tried to implement gameplay segments as secondary characters. It doesn't always work but CD Projekt Red know what they are doing, if it will further the story then I'm looking forward to it. Ciri was an interesting character in the books so it will be interesting to see where the developers take her. Are you guys looking forward to The Witcher 3? What do you think of this new character?