Zenimax is now looking to break its own rules by asking Elder Scrolls Online players to name and shame anyone suspected of  being a gold spammer. Usually, Zenimax prohibits naming suspects but it looks like the publisher needs some help after the guild banking system allowed so many players to get rich quick.

The Bethesda parent company had to disable the guild banking system last week after it neglected to fix a bug that allowed users to duplicate items to sell and profit from it. The bug has since been reported to have been in the game since beta, which isn't a particularly good look for the developer. Since then permanent bans have been threatened rather than resetting the accounts of those who broke the rules. 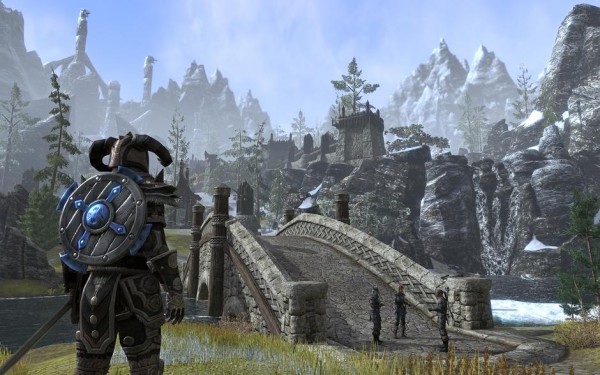 However, by the sounds of things, Zenimax is having trouble cracking down on the in-game black market, which has spread to the forum to arrange payment's and dodgy in-game trades:

“We are aware that some forum users have received private messages from gold spammers. We can assure you we are working as quickly as possible to identify and remove these spammers from our forums. We request that anyone who has received a private message they believe to be from a gold spammer to post the sender's username as a comment in this thread. Please note that our Community Code of Conduct does prohibit naming and shaming. However, in an effort to expedite the process of identifying and banning the spammers' accounts, we are making an exception for this situation.”

KitGuru Says: Zenimax really should have fixed that bug before release. However, at the same time, it should really bring the horse prices down in that game or at least increase the amount of gold players can pick up. I've sunk around 10 hours in to the game and I've only collected 2000 gold, unfortunately for most of us, horses cost 40,000 gold- which is ridiculous. So far the in-game economy has been pretty terrible but hopefully all of these issues can be fixed.