Recently we reported that the 2018 reboot / sequel of God of War was estimated to have sold around 20 million copies to date. We now have more concrete figures, revealing that the 2018 Game of the Year winner has in fact surpassed this number by quite a margin. Since its release in 2018, God of War has reportedly sold over 25 million copies.

As discovered by industry enthusiast ‘Timur222’, a LinkedIn post written by TJ Consunji, who worked at PlayStation for 17 years, revealed that God of War “Achieved $500M in revenue, won multiple Game of the Year awards & set records for highest year-one & digital sales of 10M+ units with a 40% digital split.”

Using maths, we can determine that God of War’s 2018 reboot has sold over 25 million copies. This makes the game by far the best performing entry in the series. With over 5 million copies sold, God of War III is the second best selling entry – showing just how successful the reboot served to be for the franchise, which had been on the decline. 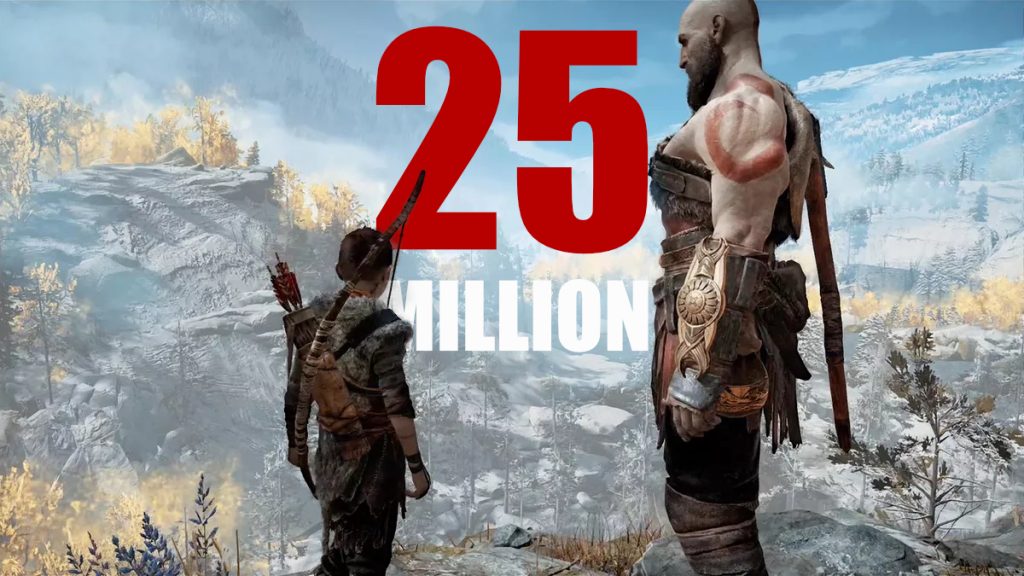 The last official sales figures directly from Sony put the game’s sales at 12 million copies sold by May of 2019, meaning that the game has continued to perform incredibly well over the course of the past year. Of course, it is worth noting that unlike Nintendo, PlayStation games are often much quicker to fall in price, likely incentivising more players to pick up the game.

Back in 2019, Sony added God of War to its PlayStation Hits Collection, seeing the game receive a permanent price drop to £15.99. Regardless of whether sales were achieved at full price or £15.99, there’s no denying the success of the God of War reboot. It’ll be interesting to see whether Sony Santa Monica can maintain this success with the upcoming 2021 sequel.

KitGuru says: What did you think of God of War? Do you prefer the old or new style of gameplay? What do you want to see from its sequel? Let us know down below.