A Joy-Con stylus attachment has been patented by Nintendo

While the Nintendo Switch has proven to be very successful for Nintendo, one of its perceived shortcomings when compared to the company’s last generation console, the Wii U, is its lack of an integrated stylus. For games such as Super Mario Maker, a stylus allows for a much greater level of accuracy – something which the Switch couldn’t provide without the addition of a separate stylus. A new patent however, suggests that Nintendo might have found a potential solution to the stylus issue, which even exceeds the Wii U’s own stylus functionality.

The patent, which was originally filed in June of 2019, but only published recently, uses the Joy-Con rails to slot an attachment onto the Joy-Con. The attachment is intended to be used when the Switch is in handheld mode, and can be attached to either Joy-Cons, allowing for both left and right-handed use. 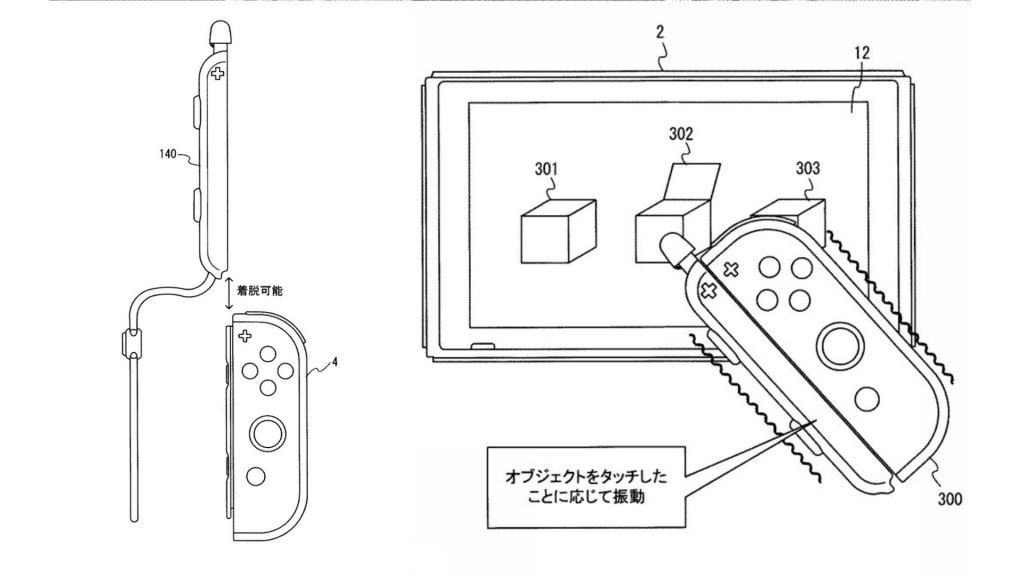 Unlike previous stylus releases for the Switch, which were simplistic in nature, the patent indicates that this attachment would be able to be multi-functional, through the combination of button presses. This means that the actual output from the stylus can be changed at the click of a button, such as the thickness of a drawing – to name a single potential use. Its attachment to the Joy-Con also means that HD Rumble can be used in conjunction with the stylus.

Of course, as it is a patent, the accessory may never come to light, but regardless, it’s interesting to see all the various creative ways that Nintendo is able to use the Switch hardware – from Labo, to VR, and now this.

KitGuru says: What do you think of the attachment? Would you buy it if it came to market? What’s your favourite Nintendo Switch accessory? Let us know down below.