While some developers and publishers are holding their next-gen game upgrades behind a number of paywalls, others are taking a much more pro-consumer approach. Gearbox has now announced that it’ll be providing free next-gen upgrades for Borderlands 3, bringing new improvements including 4-player split-screen and 4K 60fps gameplay.

Making the announcement, Gearbox said “We're excited to confirm that Borderlands 3 will be playable on Xbox Series X, Xbox Series S, and PlayStation 5, with the Series X and PS5 supporting 4K resolution at 60fps in single-player. With the power of the new consoles comes new features, including additional ways to enjoy local play: three- and four-player splitscreen will be available on the next-gen consoles.” 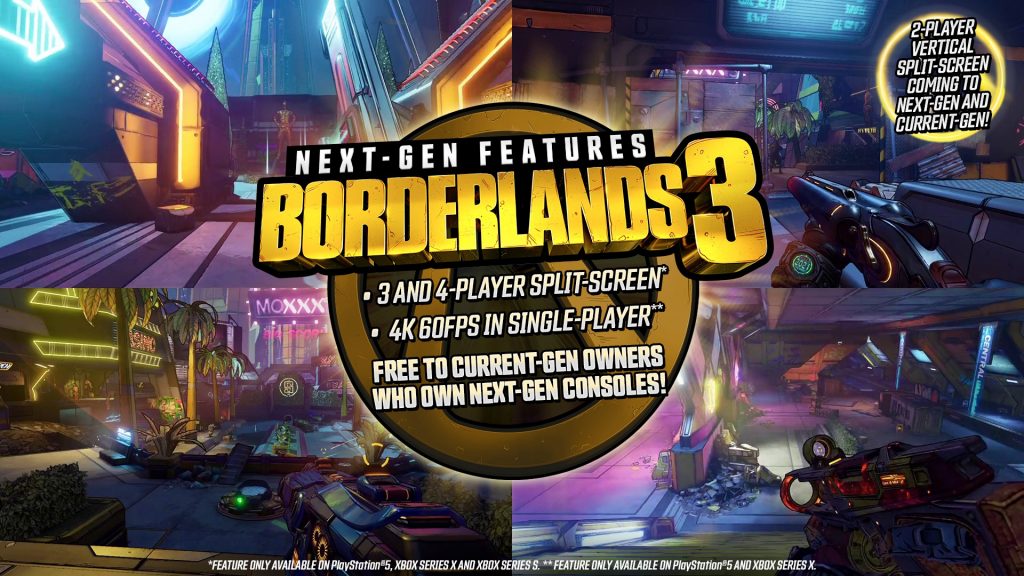 To those who have already played Borderlands 3, or are partway through the campaign, “existing owners of Borderlands 3 on current-gen platforms can easily transition to the next-gen versions within the same console family. If you own Borderlands 3 on Xbox One, you’ll be able to play the Xbox Series X/S version, and if you own the game on PlayStation 4, you’ll be able to play the PlayStation 5 version. Your add-on content and save files will carry over as well, so you can pick up right where you left off.”

Lastly, the studio confirmed that cross-play will be arriving some time in 2021, with more details set to be announced at a later date.

KitGuru says: What did you think of Borderlands 3? Are you looking forward to the improvements? What other games would you like to see receive next-gen improvements? Let us know down below.