There was little doubt that Final Fantasy VII Remake was going to perform well. The remake of the 1997 venerable classic was released in April following years of anticipation. Despite only releasing for PlayStation 4, the JRPG has now officially shipped and sold over 5 million copies, in just under 4 months.

Taking to Twitter to make the announcement, the team thanked its fans, saying “we’d like to share a Midgar-sized THANK YOU to everyone who has supported #FinalFantasy VII Remake. We shipped and digitally sold over five million copies worldwide, which has made #FF7R the highest selling digital release on the PlayStation platform in #SquareEnix history!” 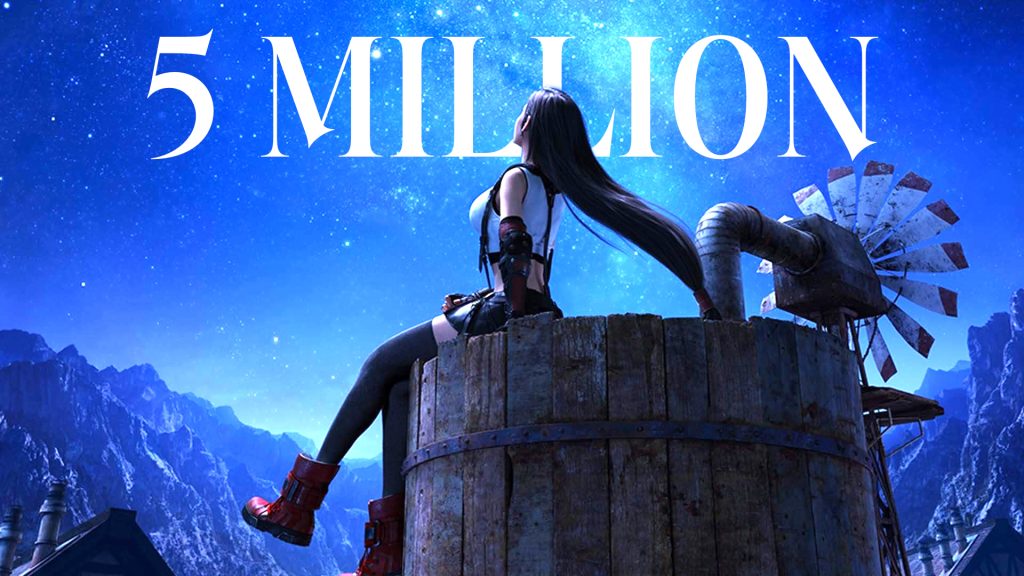 It is worth noting of course that shipped copies don’t necessarily translate to sales – though the relationship between the two is a positive one. Furthermore, PlayStation recently reported that almost three-quarters of all games sold within Q1 2020 were digital (with the impact of COVID-19 likely to have been a factor), meaning that this outcome wasn’t unfounded. Square Enix confirmed that Final Fantasy VII Remake sold over 2 million copies digitally – the first game from the publisher to achieve this figure.

The original Final Fantasy VII, following its release back in 1997, went on to sell over 18 million copies – though this did include re-releases as well as spin-off/add-on titles. Final Fantasy VII alone on the PlayStation 1 sold just over 10 million copies. The remake hitting half that figure in just 4 months means that the PS4 version may soon outsell the original – cementing itself as an undeniable success.

KitGuru says: Did you play Final Fantasy VII Remake? Are you excited for part 2? When do you think it’ll be released? Let us know down below.