When Sony first announced the PS5 and its tech specs, one of the console’s biggest selling points was that of the SSD, which alongside allowing for virtually no loading times, also benefited from its Kraken compression technology. This seems to have paid off, as on PS5, Guardians of the Galaxy is 60% smaller in file size when compared to PC.

Ahead of the release of Marvel’s Guardians of the Galaxy video game on the 26th of October, the game’s file sizes were revealed. While the game comes in at a rather expected 80GB on PC – an average size for a next-gen game – the PS5’s version comes in at only 31.132GB.

While impressive in its own right, what is perhaps ever wilder is the fact that the PS4 version – which undoubtedly comes with lower resolution textures and more – takes up 60GB, meaning that the technically superior version takes up less space. 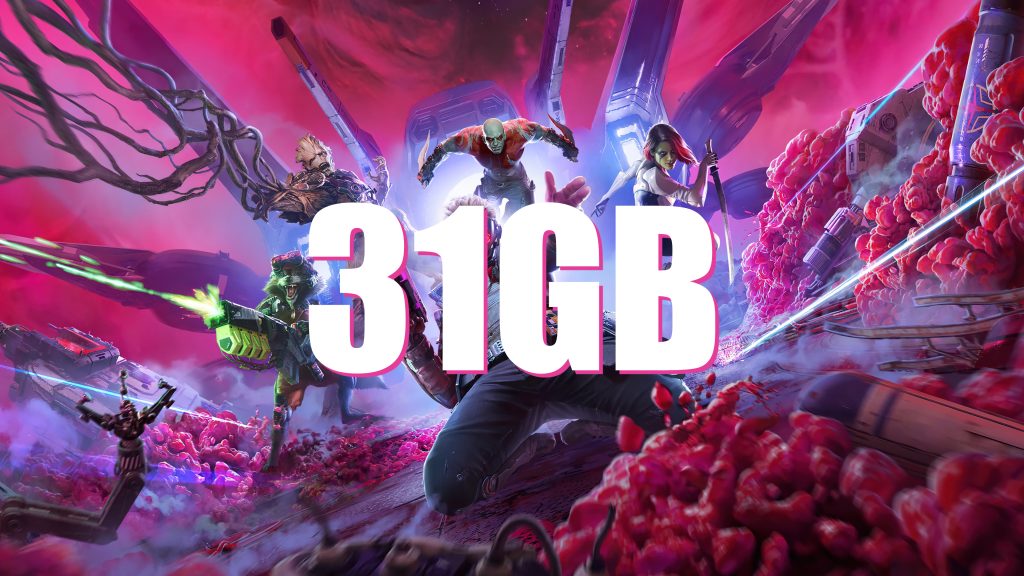 Until the PS5, each generation saw games increase in size, with the PS4 Pro / Xbox One X era seeing massive ballooning of video game sizes. For the first time ever though, the new generation has seen a decrease in game file sizes – at least on PS5. This is thanks to the ultra fast SSD in the PS5, and the console’s Kraken compression-decompression technology, allowing for fewer duplicated assets.

Despite having a smaller SSD than the Xbox Series X, it seems this technology has allowed for Sony’s system to actually offer more real storage space. Hopefully the next generation Xbox, PCs and more all adopt a similar technology, as it is not only good for the user, but good for the environment.

KitGuru says: What do you think of the size difference? Is this in and of itself a selling point to you? Are you going to pick up Guardians of the Galaxy? Let us know down below.