Housemarque’s next game will “go beyond” Returnal

PlayStation recently announced that it had acquired Housemarque, the studio behind Returnal, Alienation, and Resogun – to name a few. While Returnal represented the company’s most ambitious title yet, the success of the game and the acquisition by Sony has seemingly allowed for their next project to be even bigger.

Following the announcement that PlayStation has acquired Housemarque, the studio’s CEO and co-founder Ilari Kuittinen as well as the head of PlayStation Worldwide Studios Hermen Hulst took part in an interview with Japanese magazine Famitsu, where the two discussed the studio’s future.

As translated by Twitter user Nibel, the pair revealed that acquisition talks started all the way back in 2020, however due to Returnal, said talks were delayed. Now that the acquisition has gone ahead however – and Housemarque is an official PlayStation Studio – the Finnish developer will now set its eyes on expanding, allowing them to make even bigger and more ambitious games. 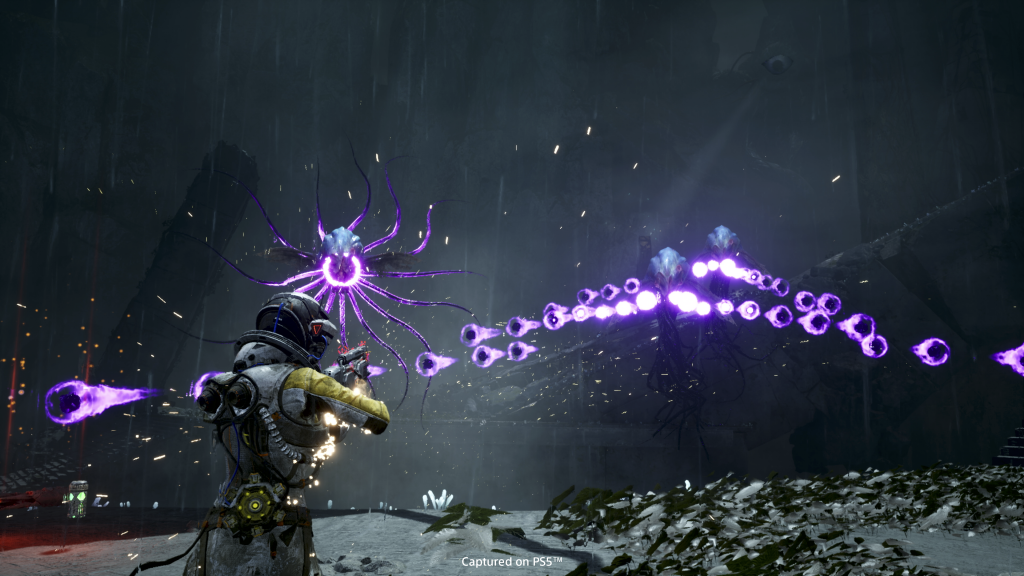 Currently, Housemarque is made up of roughly 80 employees, and so in comparison to many of Sony’s other studios consists of a much smaller team. Following this expansion however, the team is planning to “go beyond” Returnal with their next project. While some fans may be concerned about the studio potentially losing its identity, Kuittinen reaffirmed that this next project will still very much focus on the tight gameplay which Housemarque is known for.

Returnal represented a major shift for Housemarque, and with the studio now being given the full weight of PlayStation’s support, it will be interesting to see what the studio does next.

KitGuru says: What do you think of this acquisition? Are you surprised? Have you played Returnal? Let us know down below.