PlayStation hosts ‘Essential Picks’ sale offering up to 90% off

The PlayStation store is currently having a sale which sees some of the console’s premier titles being offered for much lower prices. Dubbed the ‘Essential Picks’ sale, titles such as The Outer Worlds, Days Gone, and A Plague Tale: Innocence –to name a few– are all heavily discounted allowing you to play more for less. Almost 150 titles are being offered, meaning there’ll be something for everybody.

One of the titles on sale is The Outer Worlds. Developed by Obsidian Entertainment, who are known best perhaps for Fallout: New Vegas, this RPG serves as a spiritual successor. The Outer Worlds takes all of the mechanics of a Fallout game and refines it. The game was nominated for 4 awards at the 2019 Game Awards, including Best Narrative and Game of The Year. The Outer Worlds can currently be had for £24.99 (50% off).

Another of 2019’s biggest games on sale is Days Gone. Releasing earlier in the year, this open world action-adventure zombie-esque thriller served as one of PlayStation’s major first-party offerings. Though initial reviews were mixed the game’s developers, Sony Bend, have worked tirelessly over the year in order to improve the experience though bug fixes, tweaks and new additions meaning that now is the best time to jump in. Days Gone is currently available for £24.99 (54% off) though PS Plus members get an additional 10% off, reducing the price further to £19.49. 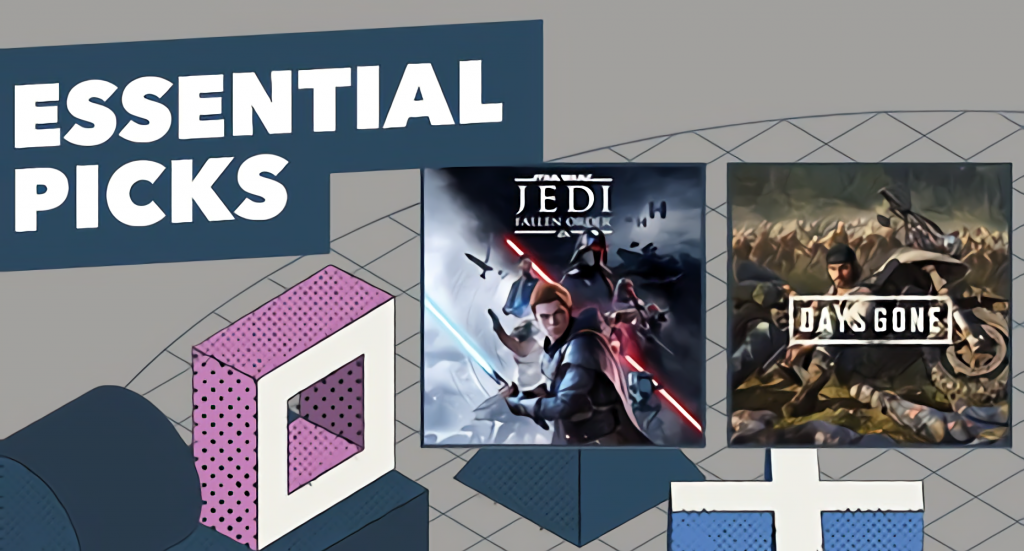 KitGuru says: What do you think of the ‘Essential Picks’ sale? Will you be picking any games up? What was your favorite game from 2019? Let us know down below.