With each new set of consoles, game file sizes have gotten larger and larger. This has remained true for every single generation. It seems that for Xbox at least, this will continue into the Series X|S as the upcoming Stalker 2: Heart of Chernobyl looks to take up 180GB on the next-gen systems.

As reported by TheGamer, Stalker 2: Heart of Chernobyl was recently added to the Microsoft store for pre-order ahead of the game’s release on the 28th of April 2022. Alongside a description of the game, pre-order bonuses and more, the game’s approximate size has been listed as being 180GB. While this may not be a fully accurate figure, it does give a good estimate, and if true, will take up almost 50% of the Xbox Series S’ usable storage space.

For comparison’s sake, Stalker: Shadow of Chernobyl takes up less than 6GB on PC – though the game is from two generations ago now (2007). While it makes sense that file sizes would continue to increase – as they always have – PlayStation has already proven that this need not be the case. 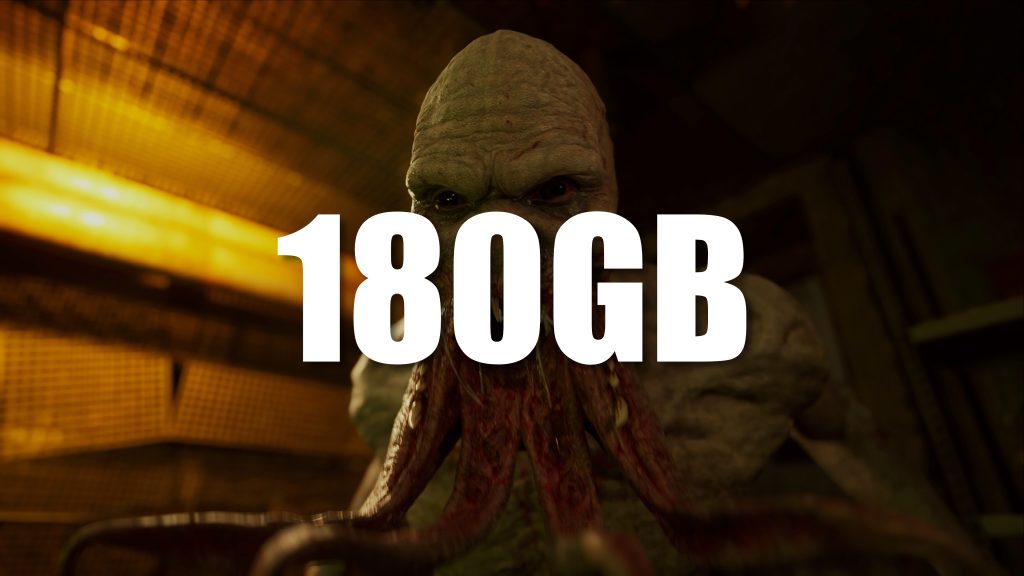 Thanks to the even faster SSD of the PS5 and the Kraken compression technology, many PlayStation 5 games are actually smaller in file size than their PS4 counterparts. This is due to the near-instant access that games have to the internal files, allowing for fewer instances of repeated assets.

Unfortunately, Xbox does not offer any similar compression-decompression techniques, and so it seems as though throughout the next generation, Xbox owners may find themselves needing to upgrade their internal storage much sooner than PS5 owners.

While this may be frustrating currently, hopefully as the generation progresses, purchasing higher-capacity SSDs becomes a cheaper endeavour. Regardless, if you are planning on playing Stalker 2, you may want  to clear some space on your Xbox console first.

KitGuru says: What do you think of game file sizes? Are they unreasonably large? Will the Xbox ever see something similar to the PS5’s SSD? Let us know down below.