Sea of Thieves seems to be one of Microsoft and Rare’s greatest modern successes. While the game launched in a relatively bare-bones state, it has seen consistent support from both Rare and Microsoft, adding a great deal of new content and amassing a dedicated audience as a result. This audience is now bigger than ever, with the game seeing its biggest active audience since launch.

Making the announcement on their blog, the Executive Producer for Sea of Thieves, Joe Neate, said “It’s been over a month since we released Sea of Thieves: A Pirate’s Life into the wild blue yonder as part of Season Three, and since that emotional launch day we’ve been bowled over by the response from the Sea of Thieves community. From your reactions on social media to your fan art and stories of exploring the five new Tall Tales, it’s been amazing – and all this excitement resulted in our busiest ever month on the seas, with June seeing 4.8 million active pirates out on the water!”

As part of this celebration, the team announced that “the weekend of August 20th-23rd plays host to our latest Gold & Glory Weekend, offering double gold and reputation gains along with Seasonal Renown boosts for all treasure handed in to the Trading Companies!” 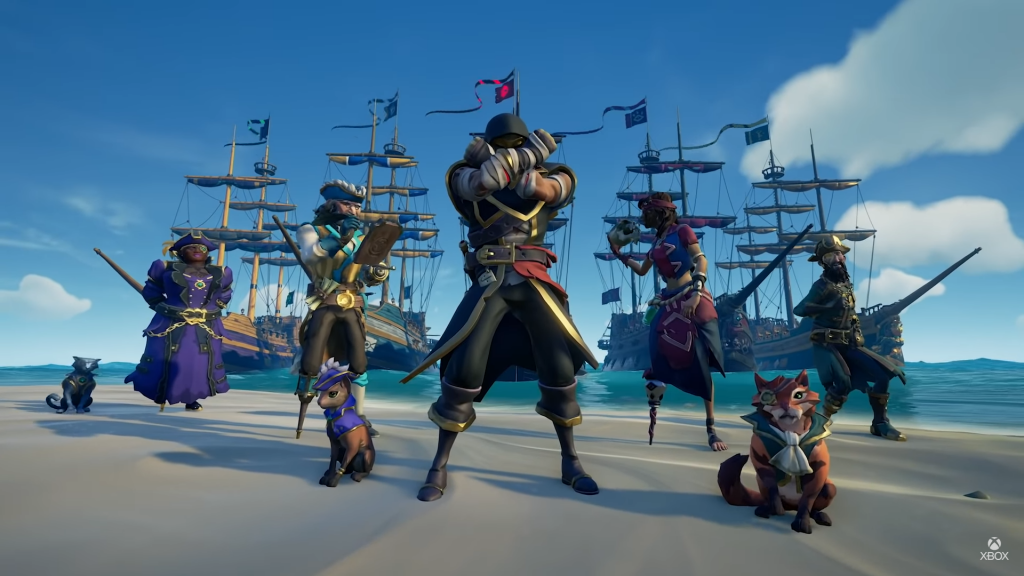 Sea of Thieves launched in March of 2018 to a modest amount of fanfare, with many players claiming that the Game Pass title offered too little in the way of content. In the years since, the game has gone from strength to strength, adding new content and even collaborating with Pirates of the Caribbean.

All the while, Microsoft’s Xbox Game has continued to amass more subscribers, drawing a greater number of eyes towards Rare’s open world multiplayer pirate game. It is likely due to a combination of these reasons that the game is where it is right now, seeing its biggest month ever years after release. It will be interesting to see what the future holds for Sea of Thieves.

KitGuru says: Do you play Sea of thieves? What did you think of the latest collaboration? Do you own the game, or did you play through Game Pass? Let us know down below.