Last year, the Corsair One a100 launched, being the first Corsair PC to feature AMD Ryzen processors. This week, the Corsair One a200 is launching, bumping up the specs to include an Nvidia GeForce RTX 3080 Ti graphics card within the compact, 12L chassis. 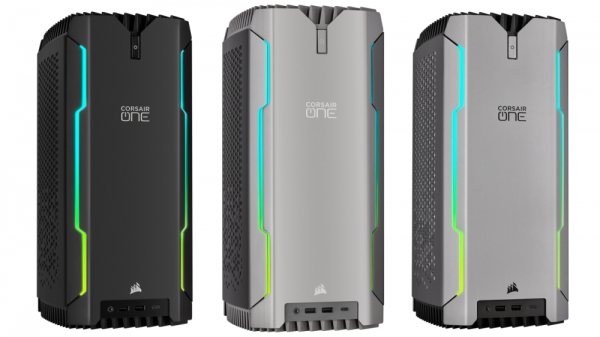 Each Corsair One system ships in a distinct, 12L chassis, measuring in at just 200mm by 172.5mm by 380mm. Using convection-assisted liquid cooling, Corsair is able to fit high-end components with decent cooling to avoid thermal throttling or other heat issues. Both the CPU and GPU are liquid cooled, while other components include up to 64GB of DDR4 RAM, an SF750 80 Plus Platinum SFX power supply and a 2TB PCIe 4 M.2 SSD in select models.

KitGuru Says: What do you all think of the latest Corsair One PCs?