Each year, following the conclusion of The Game Awards, the show’s creator shares details on the success of the show. The 2020 Game Award once again saw major growth, achieving over 8.3 million concurrent viewers and 83 million livestreams in total.

Taking to Twitter, The Game Awards’ creator Geoff Keighley stated that “This year #TheGameAwards viewership grew over 83% to more than 83 million livestreams”. Commenting on the circumstances surrounding the show – which was produced all digitally this year – he said “This is beyond our wildest expectations; I was just happy we could even produce the show this year.” 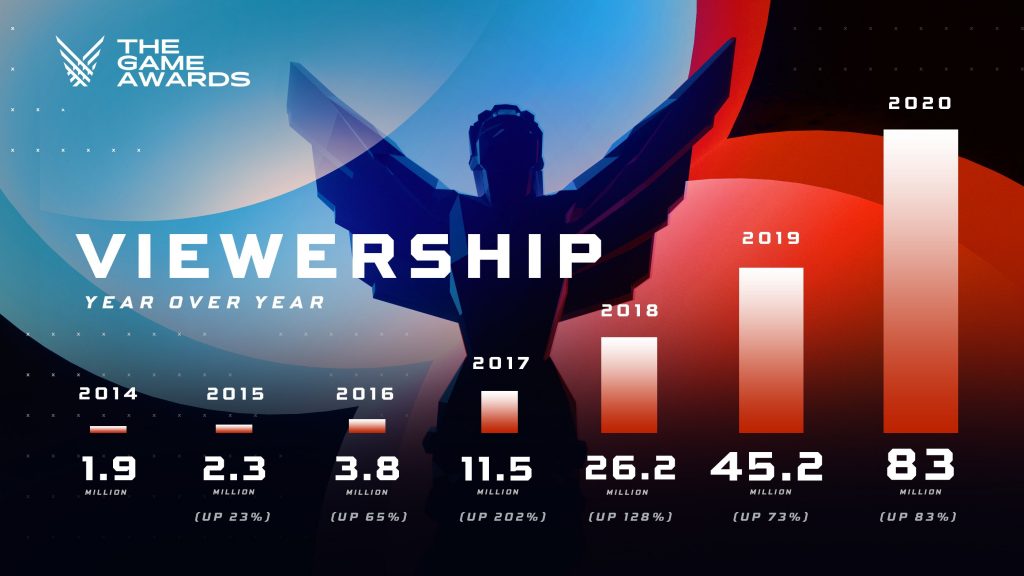 Keighley concluded by thanking fans, saying “Thank you for watching and being a part of this global community”. The Game Awards is an annual awards show which began in 2014. Back then, the show received only 1.9 million viewers. Each year since, the show has managed to grow significantly, with viewership nearly doubling each year since 2017.

With 2020’s show seeing such a massive jump in viewership despite the circumstances surrounding its production (going all digital due to COVID-19, with fewer spectacles as a consequence), it’ll be interesting to see how the 2021 Game Awards performs, and whether Geoff Keighley can continue to grow the ceremony each year at the current pace with which it has managed so far.

KitGuru says: Did you watch the 2020 Game Awards? What did you think of it? What changes would you like to see made for 2021? Let us know down below.