The Xbox Series X UI reportedly runs at only 1080p

When Sony recently revealed its newly revamped PlayStation 5 User Interface, one of the points that it highlighted was the fact that the UI runs at a full 4K. This was expected, as so too did the PS4 Pro’s UI. That being said, it appears as though the Xbox Series X may not see similar levels of resolution dedicated to the User Interface, as according to one of the members of Digital Foundry, the Xbox Series X’s UI only runs at 1080p.

In a discussion surrounding the recently revealed PlayStation 5 UI, Digital Foundry’s John Linneman offered his thoughts on the Xbox Series X’s UI, saying “the big problem for me, more than anything, with the Xbox dash is the low resolution. I was disappointed with Xbox One X only offering 1080p UI rendering when PS4 Pro did native 4K but for 1080p UI to continue on Series X…that's really not acceptable to me.”

The Xbox One X would have been entirely capable of running the Dashboard at 4K, and yet Microsoft opted not too. Though the Series X is still in a prerelease state, it is entirely possible that the Series X will remain at 1080p too. 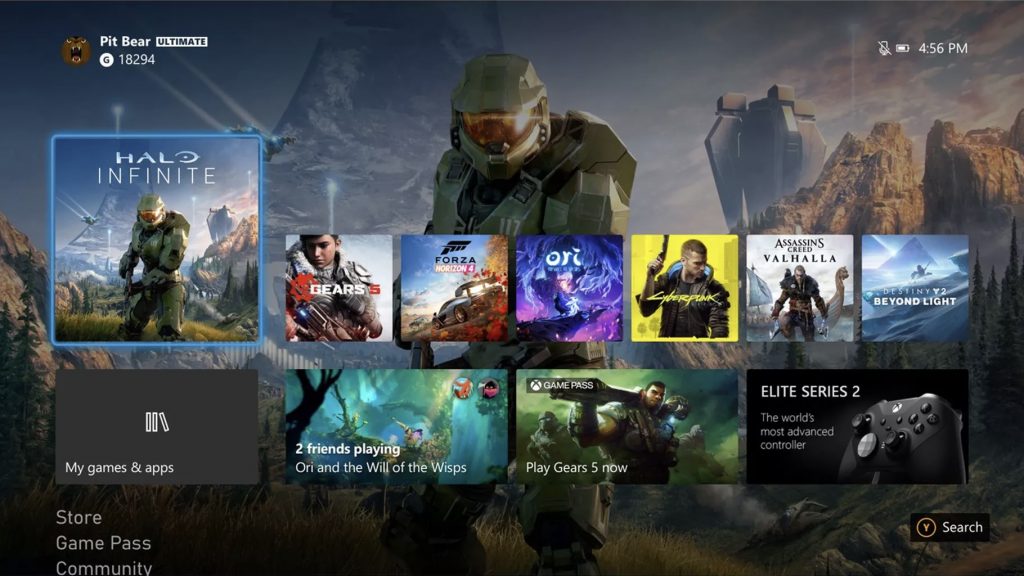 According to Linneman, the reason for this limitation is that Microsoft “wanted to reserve more resources for games”. This makes sense, especially in light of the reveal that the Series X can hold multiple games in its cache for quick switching. That functionality is undoubtedly resource intensive, and a 4k Dashboard would simply eat into those resources the entire time.

Still, it is disappointing that in the age of 8K TVs and ever increasing display sizes, the Xbox’s Dashboard, which will be one of the main points of interaction for a player, is being limited to 1080p. Hopefully an update in the future offers a 4K option.

KitGuru says: What do you think of Microsoft’s decision to limit its UI to 1080p? Is blurry UI distracting to you? Or is it an economical move by the console manufacturer? Let us know down below.