Desktop browser usage was once dominated by Internet Explorer, but those days are long gone. Today Chrome rules the roost and as Internet Explorer usage took a huge dip in 2016, many of those transitioned over to the Google browser. However at the tail end of the year Firefox began to recover from its weakest point and shows continued steady growth.

At the start of 2016, Chrome’s various desktop versions had around 36 per cent of the market, while Firefox had over 11.5 per cent, Edge four per cent, Safari five per cent and the various versions of Internet Explorer, a whopping 41 per cent. The tables turned quickly throughout the year though and by the end, IE’s share had fallen to just 2.1 per cent, according to NetMarketShare’s report.

Firefox’s 2016 was an interesting one for desktop usage. It initially tanked to as low as eight per cent by the middle of the year, but began to recover in September, before hitting a year long high of 12.22 per cent by its close.

Safari’s change wasn’t as dramatic as the others, but it fell from its high at the start of the year, to just 3.5 per cent by December 2016.

KitGuru Says: It’s going to be interesting to see how these trends continue in 2017. Will Firefox usage continue to rise, and if so, will it draw people from Internet Explorer, or start cutting into Chrome’s dominant numbers?

Previous Review MSI boards and get up to £30 cash back
Next 37 million plug-in electric vehicles on roads by 2025, claims report 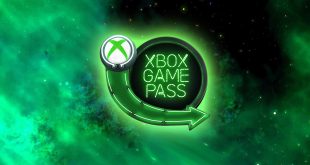