Microsoft Corp.’s Windows engineering team has released Windows 8.1 spring update 2014 to manufacturing, according to a media report. The new update will be released early next month and will bring a number of improvements in terms of feature-set as well as fix bugs, incorporate updates, enhance security and so on.

While Microsoft Windows 8.1 spring update 2014 may not offer brand new user experience, it will continue to bring back elements of the classic Windows to its latest operating system. For example, the Windows 8.1 SU 2014 will skip the tiled Start screen by default and boot directly to desktop when installed on traditional PCs. 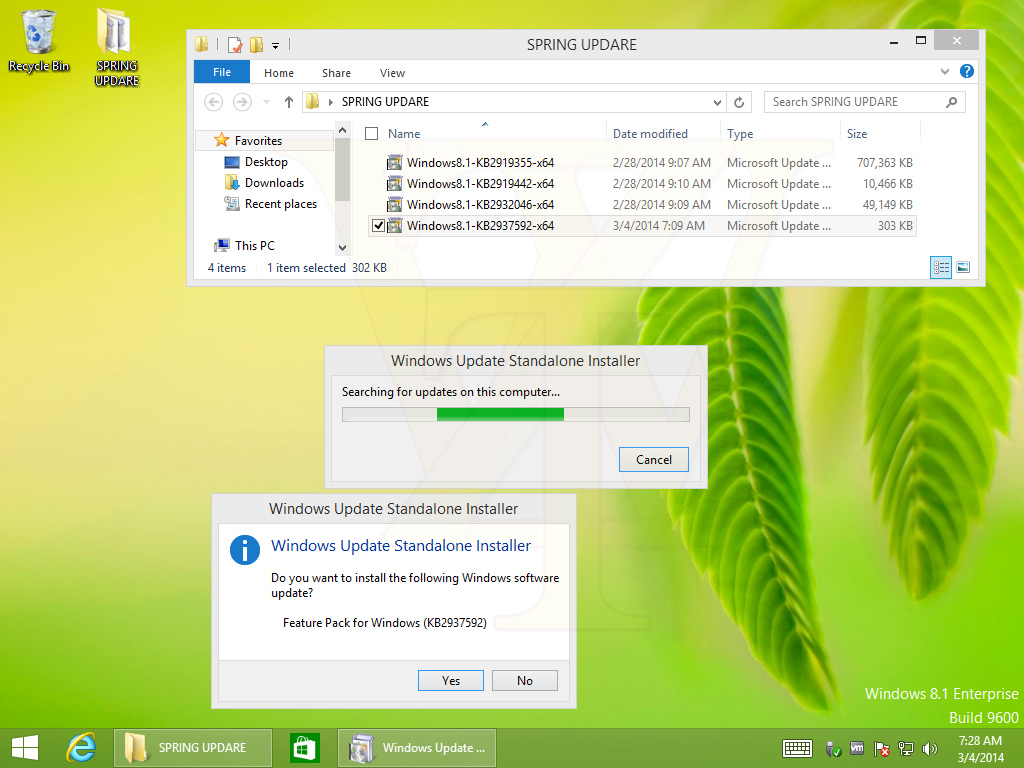 The update will also bring a number of improvements related to usage of the operating system using traditional devices, such as a mouse. Furthermore, apps designed for Metro UI will get a minimize button, which confirms rumours that eventually they will just run in windows like other programs.

Yet another important update the patch will bring is support for 250% – 500% scaling for desktop and desktop applications. This is an important thing for ultra-high-resolution displays (e.g., 3200*1800, 3840*2160 and so on) that should improve their usability by scaling sizes of the user interface’s elements.