Those Windows 10 upgrade notifications should go away in 72 hours

We are approaching the 29th of July, which will mark exactly one year since the launch of Windows 10 and Microsoft's increasingly invasive campaign to get Windows 7 and 8.1 users to upgrade. If you really don't want to upgrade, then the good news is that in 72 hours, you should be free of the notifications and pop-ups as Microsoft has previously said that it plans to remove them once the free upgrade period is over. 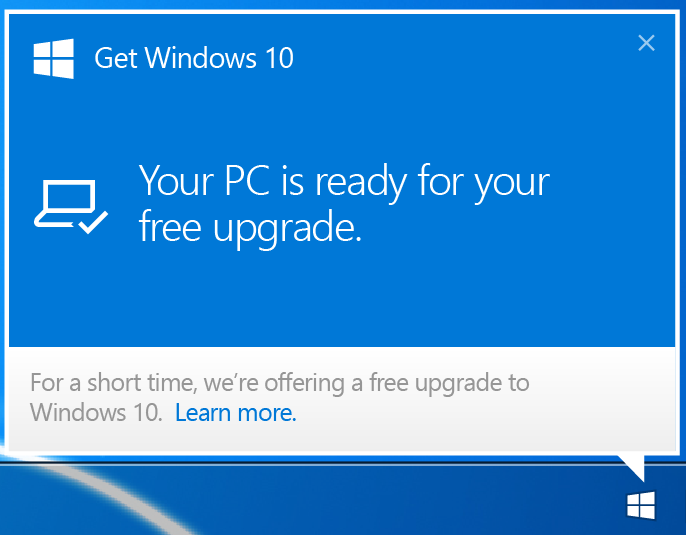 The bad news is that if you do want to upgrade for free, then you are going to have to make time for it during the week because by Saturday, the offer should be off the table. From next month onward, those looking to upgrade to Windows 10 will need to cough up $199/£179 for the Pro version, or $129/£99 for the Home version.

KitGuru Says: Have any of you purposefully stayed away from Windows 10 during the free upgrade period? Do you think you'll make the jump this week to avoid possibly paying in the future or are you going to ride it out on an older OS?