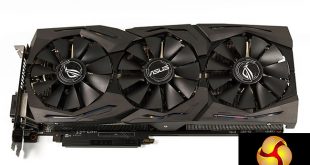 AMD launched their RX 480 at the end of June and I was on hand to offer my analysis of the reference card at the time. Today we present our review of the new Asus RX 480 Strix Gaming OC, a custom solution featuring enhanced clock speeds, a modified triple fan cooler and ‘Aura’ RGB lighting. At £289.99 inc vat the Asus card hits the same price points as many Nvidia GTX 1060 solutions, so we have high hopes it can compete. 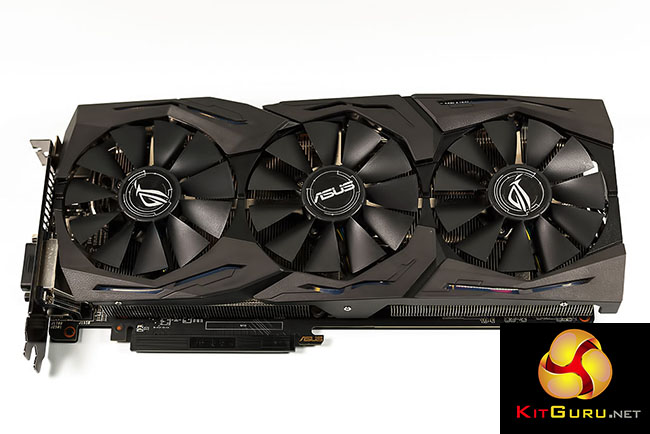 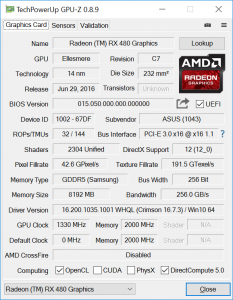 The Asus RX 480 Strix Gaming OC Aura will ship in ‘gaming mode’ with a clock speed set at 1310mhz. Our sample was hardcoded with the faster OC mode BIOS @ 1330mhz. We have tested previous Asus Strix cards at the fastest speed because this is how the majority of KitGuru readers will be using the hardware via the supplied GPU Tweak software package.

Our review sample has the latest BIOS installed.