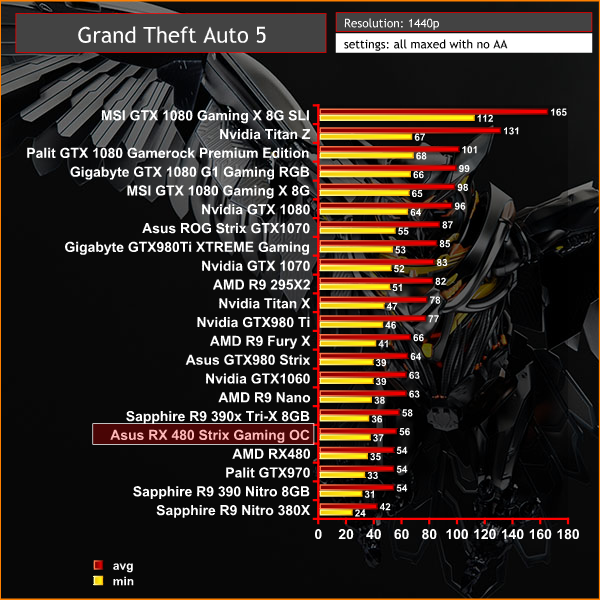 At 1440p the Asus RX 480 Strix Gaming OC outperforms the reference clocked RX 480 by a couple of frames per second.