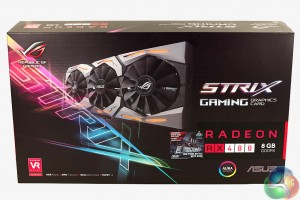 The Asus RX 480 Strix Gaming OC Aura RGB ships in a colourful box and we are glad to see Asus focusing a little less on the corny robotic owl with this generation. 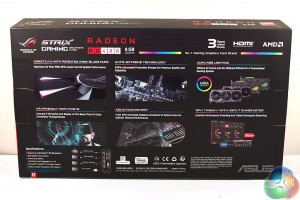 The rear of the box is loaded with information on the technologies used. 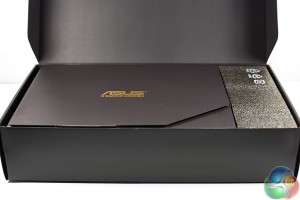 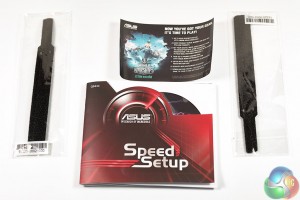 The card itself is protected beneath the peripherals box, sandwiched between thick layers of foam. The company include wristbands and literature on the card, including a software disc. We recommend you get the newest drivers from the AMD website. A quick visit to the Asus website will ensure you have the latest revision of GPU Tweak and the AURA Utility (to control the card lighting). 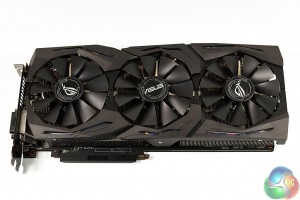 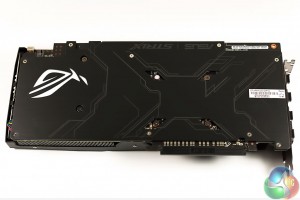 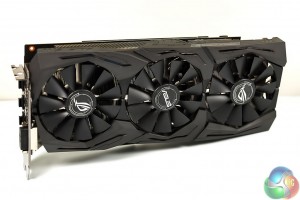 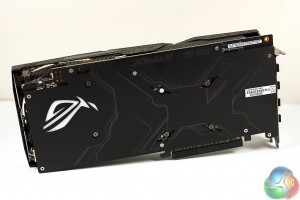 The Asus RX 480 Strix Gaming OC is a triple fan cooler and much more substantial than the wimpy AMD reference card, featuring a cheap plastic shroud and single blower style fan. Asus have even equipped the card with a backplate. 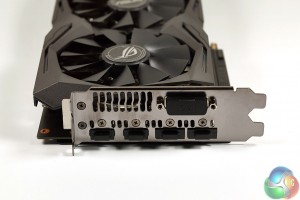 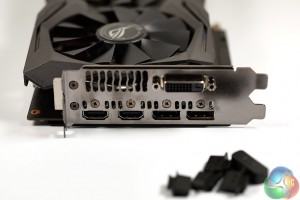 The Asus RX 480 Strix OC includes a DVI port, two HDMI ports and two DisplayPorts. Asus have ditched one Displayport and instead have opted for another HDMI port. This is to support users who want to run VR headsets and a TV via their card. Its a wise move and one we like – we haven’t seen any other company do this yet but we are yet to test all the RX480 samples we have in our labs. 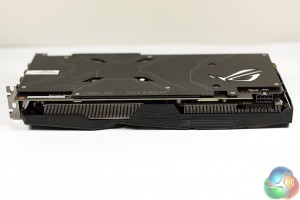 No need for Crossfire connectors, the Polaris architecture is bridgeless, meaning it is supported via the motherboard directly. 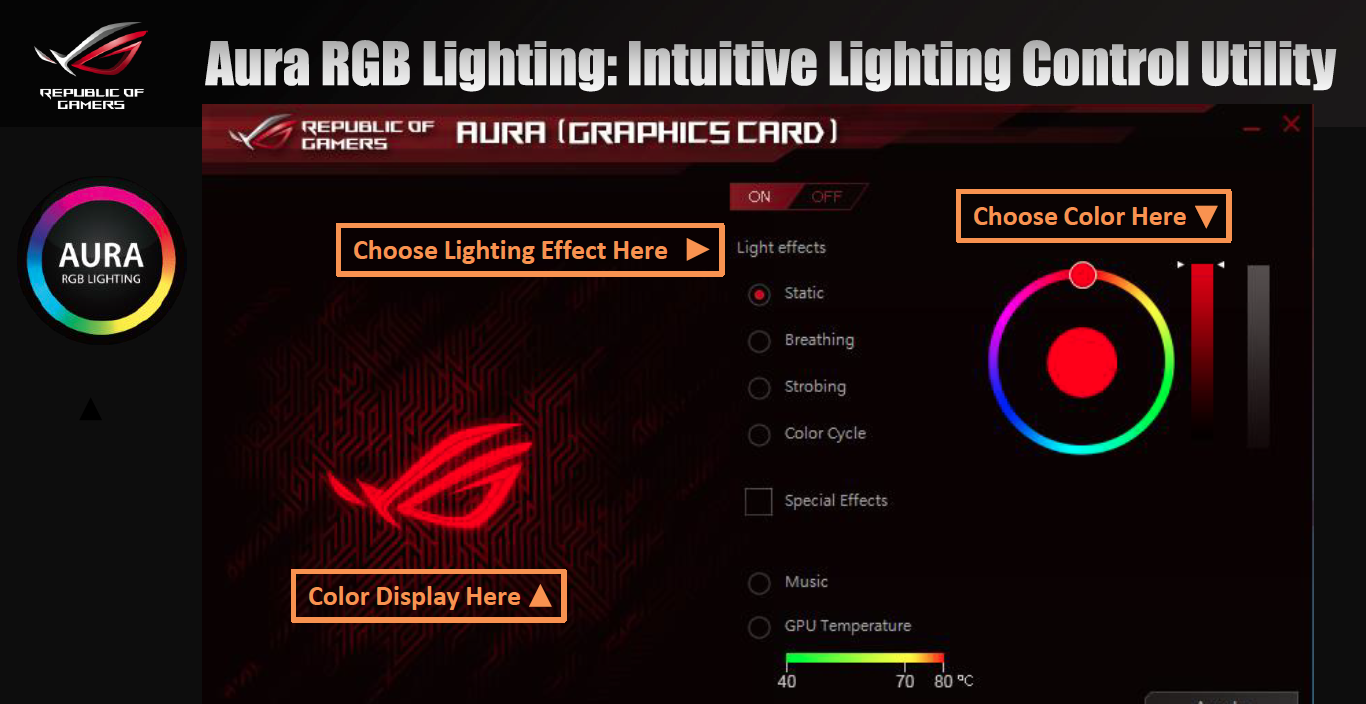 Via the supplied AURA software, it is possible to change the lighting on the card, with modes such as ‘Breathing’, ‘ Strobing’ and ‘Static’ available.

The backplate is beautifully engineered with the logo cut out, and fully able to glow in RGB during operation. The lighting is controlled by the software that is supplied with the card – called ‘AURA’. You are able to change lighting from static, to ‘breathing’, as well as ‘strobing’ and ‘colour cycle’ modes. A slider is positioned on the right of the interface which lets you select a colour from millions available. The ‘music’ option allows the card to pulse along with music you are playing at the time. the ‘GPU temperature’ option controls lighting based on the temperature of the card. so it changes from green when colder to red, when hot. I can’t see anyone feeling that ASUS cut corners here.

(images above are from the Asus GTX1080 Strix (Review HERE), but its the same lighting system). 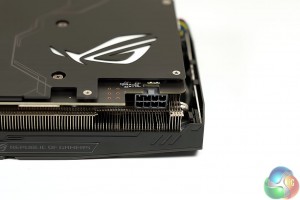 ROG Strix graphics cards feature two 4 pin GPU controlled headers that can be connected to system fans. The latest version of GPUTweak now allows you to control FanConnect connected Fans (Auto Mode or Manually) – there is an ‘external fan speed’ option within the software for fine adjustments. 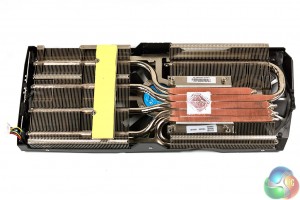 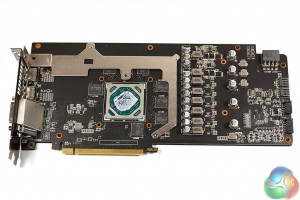 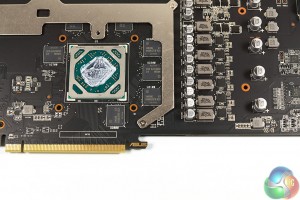 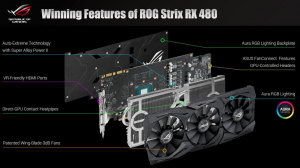 The Asus Direct CU II cooler comprises five thick heatpipes which run into two separate racks of aluminum fins on either side of the copper base. The Asus RX 480 Strix Gaming OC is equipped with SAP II Capacitors which offer 2.5x the lifespan – which is over 90,000 hours more life than a standard capacitor. Asus adopt concrete alloy chokes to help reduce buzzing noise often associated with ”coil whine’.