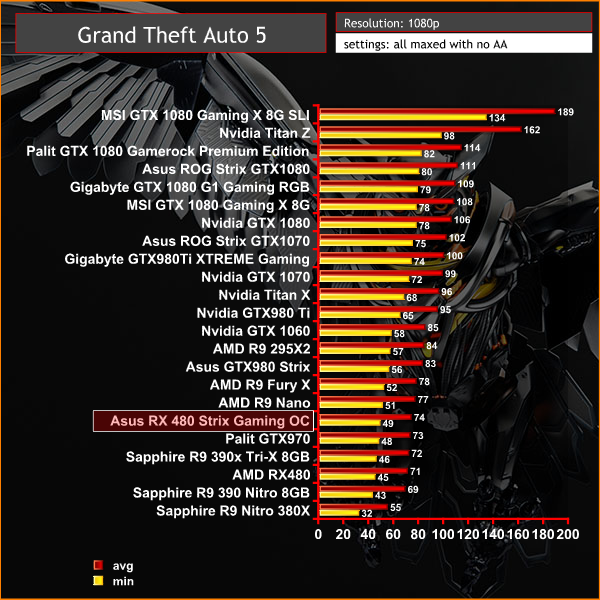 At 1080p, the Asus RX 480 Strix Gaming OC holds a small lead over the last generation GTX970, falling 3 frames per second behind the AMD R9 Nano.