Microsoft has been testing out features and talking up its next major Windows 10 update for a few months now. While this update will increase the minimum storage requirements for the operating system, it will also add in plenty of good features, mainly giving users more control over future update installations and protections if something goes wrong. The Windows 10 May 2019 update is now rolling out, so you should start to see it pop up soon.

The Windows 10 May 2019 update brings in a new light theme, separates Cortana from the main Windows Search and adds in a new ‘health dashboard' that actively tracks known issues with the latest updates. Users will get new options to defer Windows 10 updates for longer, pushing major feature updates off by up to 18 months. You will also be able to push back security updates by up to 35 days. 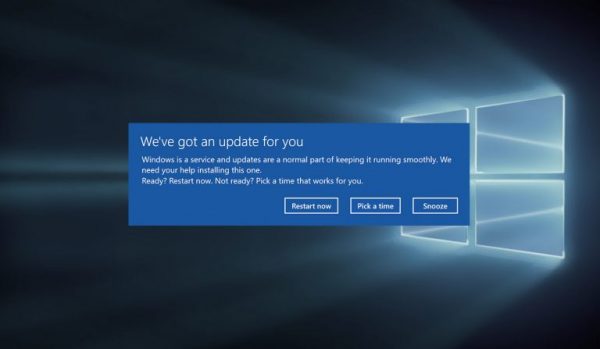 If a future Windows 10 update does run into issues while installing, the OS will now have an automatic rollback function, so Windows will detect something has gone wrong and restore your PC to whatever state it was in prior to attempting the update. There is a downside to this update though, as Windows 10 will now take up more storage on your PC.

Starting with the May 2019 update, users running the 32-bit version of Windows 10 will now require 32GB of reserved storage, rather than 16GB. For 64-bit Windows 10 users, the OS will now take up 44GB of reserved space, instead of 20GB.

KitGuru Says: So far, there haven't been any major issues reported with the May 2019 update, so Microsoft may have managed to avoid the mess it caused back in October. Have many of you updated so far? Has it been smooth sailing, or have you noticed any issues?

Previous WD Blue SN500 500GB SSD Review
Next Intel, Qualcomm, Microsoft and more could lose revenue due to US crackdown on Huawei