The Windows 10 Preview received the official Xbox app back in January but since then, the app hasn't received any big content updates. However, Microsoft is set to change that next month by adding in its Game DVR feature for PC games, screenshots, avatars, live tiles and Xbox One media controls.

For now, the Xbox to PC streaming feature has yet to make an appearance. Most of the features listed to arrive soon were demonstrated at the Windows 10 event back at the start of the year, which Xbox Head, Phil Spencer, attended. Game DVR for PC games works a little bit like Shadow Play on Nvidia graphics cards by allowing you to press windows+alt+G to start recording games on the fly. 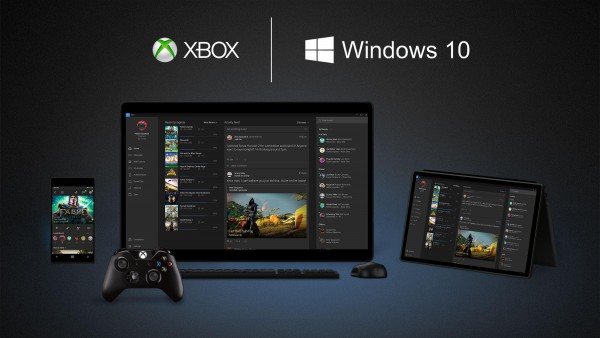 Screenshots for PC games can be taken by pressing Windows+alt+PrtScr. Aside from that, the Xbox tile on the Windows 10 start menu can now show basic information, like message notifications while the avatar app will let you create and customize your Xbox Live avatar, if that's something you care about.

Those with PCs and laptops will be able to control media on the Xbox One via the app on Windows 10, which could help the Xbox One become a more capable media center, with extra points of control. Those of you who have an Xbox One digital TV tuner hooked up to your console will not be able to stream live TV to your Windows 10 PC as well, there will also be support for picture in picture mode, so you can have live TV playing on a small section of your screen, while you do other things.

The last relatively important feature on the list is the inclusion of Xbox controller drivers, meaning you will no longer have to download them separately to the operating system. There are still more features coming, you can see the full list over on the Xbox Newswire, HERE.

KitGuru Says: The Xbox app is starting to take shape. Right now, the program is pretty light on features so it is nice to see Microsoft finally adding to it, although I'm mostly interested in the upcoming game streaming feature, which currently has no release date.

Previous Bungie reveals new content for House of Wolves expansion
Next ARM: 20% of servers to be ARM-based by 2020