You can still get Windows 10 for free

On Saturday morning, Microsoft’s free year-long upgrade offer for Windows 10 officially ended. We were expecting this to mean that from now on, those looking to upgrade will need to pay the £99/£179 license fee depending on whether they wanted the Home or Pro edition. However, it looks like Microsoft has left a convenient loophole open, allowing Windows 7 or 8.1 users to still upgrade for free.

Microsoft has introduced a ‘free upgrade offer extension’ for those running Windows 7 and Windows 8.1 with assistive technologies, the catch is that Microsoft has made the EXE downloadable by anyone via the company’s accessibility site. According to The Verge, the upgrade reportedly does not make any checks and just goes through with no problems. 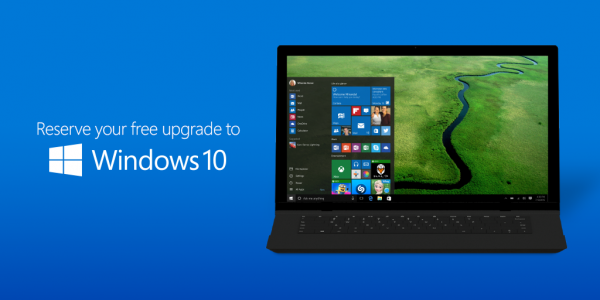 So far, Microsoft hasn’t announced an end date for the free upgrade intended for assistive technology users. Microsoft also hasn’t acknowledged the loophole or made a move to stop non assistive technology users from taking advantage of the users at the time of writing, though that could change at any point so if you just missed the chance to upgrade, you might want to be quick.

Tomorrow, Microsoft will begin rolling out the Windows 10 Anniversary Update, which will be the biggest update so far, introducing new features and making plenty of changes.

KitGuru Says: Given that the Windows 10 upgrade is now supposed to come with a pretty hefty price tag, it will be interesting to see how Microsoft responds to news of this workaround. Did any of you miss the free Windows 10 upgrade?