Activision Blizzard's Major League Gaming (MLG) operation  netted, back in November 2016, what became known as the Overwatch League, a Premier League / NFL sports franchise of sorts for the namesake videogame. MLG already operates a number of CoD and GoW leagues. To fill in the new league's spots, teams would be selected across North America, and those offering MLG the best prospects, would become franchises (in the sports sense). 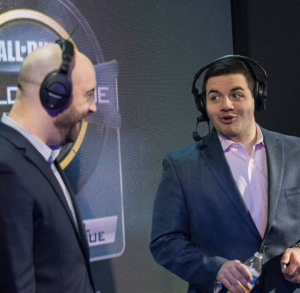 According to Polygon, with the slots open things have gone downhill for would-be participant teams as they have been giving up on Overwatch League altogether, with four reputable teams removing their applications in the past few days – Denial Esports, SoloMid, Red Reserve and the latest, compLexity took leave.

The reason, however, spells bad news for eSports teams and puts Overwatch – for good or for bad – up there with Baseball, (American) Football, Ice Hockey and Basketball: quoting an unnamed ESPN source, Polygon claims the cost of running a regional eSports franchise in Overwatch League runs up a bill of $20 million (conservative estimate), far beyond the level of financing eSports is used to.

While this will sound ludicrous to Europeans, in North America sports teams occupying slots in a league must provide the league organizer with assurances it is there to stay and keep up with the demanding calendar set by, in this case, MLG. The owner-operator also has an added responsibility, they must guarantee the team's viability and be approved by committee as a member of the franchise. So the amounts involved are usually very high.

If the trend continues, MLG may need to adopt a tiered system (Major/Minor League style) and broker/proxy a number of sponsorship deals – or lower the bar for the franchises – otherwise it will soon find itself playing Overwatch alone.
KitGuru Says: Yes. It is big business turning its ugly head on eSports. But won't this turn eSports ‘athletes' into ‘pro athletes' as they are signed-up for teams willing to pay for top mouse-fiddling talent?