For two years, Cinavia anti-piracy protection has been a thorn in the side of pirates the world over, by popping up a message that mutes audio and halts visuals on DVD and Blu-Ray players if an unauthorised copy is detected. The technology has been around so long, it was often been hailed as unbeatable, but no longer, as DVD Ranger, a media conversion tool now boasts the “world's only Cinavia Remover.”

As TorrentFreak explains, Cinavia has been a mandatory part of DVD and Blu Ray players since 2012 and water marks that give that protective service a nod, have been incredibly deceptive. Despite format changes, compression and re-coding, pirates haven't been able to shake it, meaning if they want to watch their pirated movie or show on a physical disc or through a Cinavia supporting player, they'll only get a few minutes in before the notice prevents further viewing. 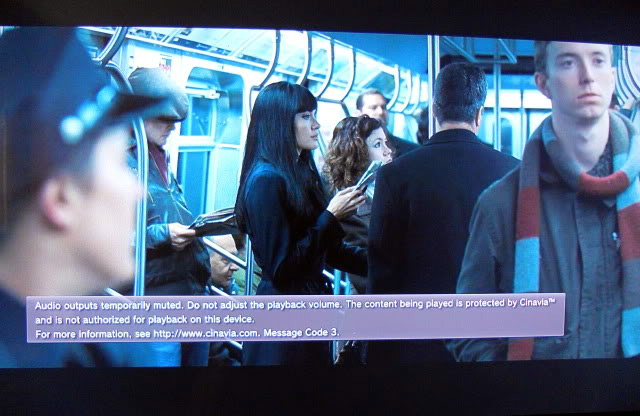 However, now with DVD Ranger's update, that's no longer the case, as Cinavia has been bust wide open.

“The new module first scans the audio and then removes the Cinavia protection on the first pass. The contained video and subtitles will be handled pass-through, meaning that only the selected audio track will be re-encoded,” said Ingo Förster of DVD Ranger.

The company is quite brazen in its marketing too, not even remotely hiding the fact that its new big selling point is that it can break anti-piracy tools. Just ask Real Networks how that tends to work out. However in Germany, the laws are a little different and due to a loophole, DVD Ranger may be alright, even if it is charging $60 a pop for its conversion software.

“In our country it is only forbidden to develop and sell software that circumvents copy protection. The law doesn’t mention digital watermarks. So is it legal? Definitely,” Förster said.

KitGuru Says: He even went so far as to say that DVD Ranger is capable of removing the watermarking protection from torrented movies, regardless of file type. That's a ballsy claim to make considering how much media lobby groups love to go after companies that try and profit from piracy, something DVD Ranger is doing quite brazenly.

Previous Stoic had no guarantee of Steam access, despite promises
Next Sony looking to enter Chinese game market with console deal