Opera browser’s built in VPN service now available to everyone

If you download the latest version of the Opera browser today, you’ll be able to access the new built-in VPN feature which has been discussed for some time now. Originally made available in the developer only version, Opera’s VPN can do a good job of obfuscating where you are located – entirely for free.

Virtual private networks link you up with a number of other users to help hide your location, improve security and also enable some network management benefits in certain situations. They are often used to circumvent government or ISP blocks, as well as help keep identities hidden while engaging in activity you wouldn’t want linked to you.

Those services often require a fee, though not in the case of Opera’s browser VPN. By building it into the browser itself too, Opera is making it far easier for people to utilise the service, one that many more mainstream PC and mobile users may not have heard much about.

“We strongly believe that if more people knew how the internet truly works, they would use a VPN — and we hope that by making our browser VPN free and easy to use, it will become an essential tool for everyone,” Krystian Kolondra, head of consumer products at Opera said (via TechCrunch).

The only real difference between Opera’s VPN and that of more traditional services, is that it only offers five locations to pick from, so it’s not quite as versatile. There are no time limits though and as we said, no fees, so it’s quite an attractive proposition – especially for the 350 million people already using Opera’s browser.

For Chrome fans still uncertain about the switch, bear in mind that this latest release of Opera (40) also adds support for streaming to the Chromecast dongle.

KitGuru Says: Chrome might be the most popular browser in the world right now, but Opera certainly sounds a little more attractive with the introduction of this VPN. Is it enough to make you guys switch? 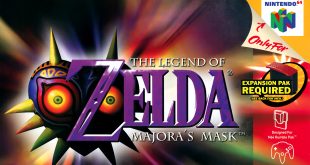 Despite the many disappointing aspects to Nintendo Switch Online’s Expansion Pak, one positive is the …