Shortly after his appointment as the United Nations’ first head of privacy, Joseph Cannataci has called the current state of digital surveillance in the UK a “joke,” describing it as worse than anything George Orwell may have conjured up in his novel 1984. To address this and the oversight over other nations, he’s calling for the UN to develop a new piece of Geneva convention-like legislation to protect freedoms online.

Unlike many politicians that are appointed to positions that deal with internet related legislation, Cannataci knows what he’s talking about too. He is a professor of technology law at the University of Groningen, the Netherlands and his appointment was specifically designed to take a firm hold of European privacy laws and find a way to address concerns about the level of snooping European governments are taking part in. 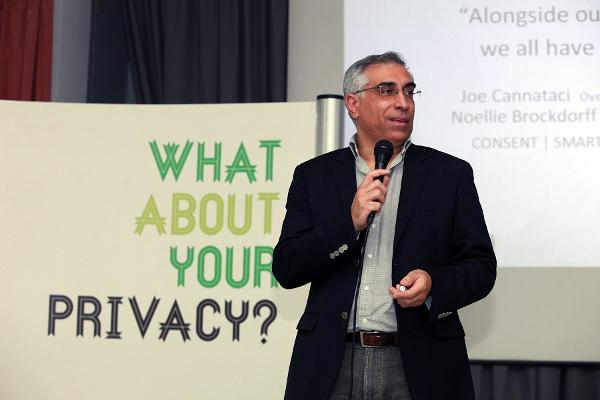 While he is not certain that all countries will sign up to the idea of scaling back surveillance of their own people, Cannataci compared his idea to the international ban on the use of chemical weapons – someone had to suggest it and anyone that didn’t sign on could look evil and foolish.

When discussing who he thinks is the worst candidate for spying without oversight, it isn’t the U.S. however, with the much feared NSA, but Britain, where GCHQ operates without any obvious form of watchdog to curtail its actions. Cannataci hopes to make privacy a popular political issue, forcing politicians to discuss it in the same breath as the NHS and the economy, which brings it into the limelight.

“They were very important,” he said of the Edward Snowden revelations of 2013 (via The Guardian). “Snowden will continue to be looked upon as a traitor by some and a hero by others. But in actual fact his revelations confirmed to many of us who have been working in this field for a long time what has been going on, and the extent to which it has gone out of control.”

Cannataci will use governments and corporations to try and achieve his goal of reforming privacy law in the EU and around the world, to make the practice of spying more ethical and without overly invading the privacy of those who are entirely innocent.

KitGuru Says: It really is refreshing to see someone in a position like this that knows what they’re talking about.