Home / Software & Gaming / Security / The Xbox One SDK has been leaked

The Xbox One SDK has been leaked

A group called H4LT has managed to leak the official Xbox One developer SDK, potentially opening the door for homebrew applications as well as giving unapproved developers the ability to create unofficial software for the system. The leak was announced via H4LT's Twitter account, the group also provided screenshots of the SDK's files.

This doesn't mean that any knowledgeable programmer can suddenly start releasing games for the Xbox One though, developers aiming to get on to the Xbox Store have to register and be approved by Microsoft. However, with the SDK now being public, it does mean that modifications could be made to the console over time. 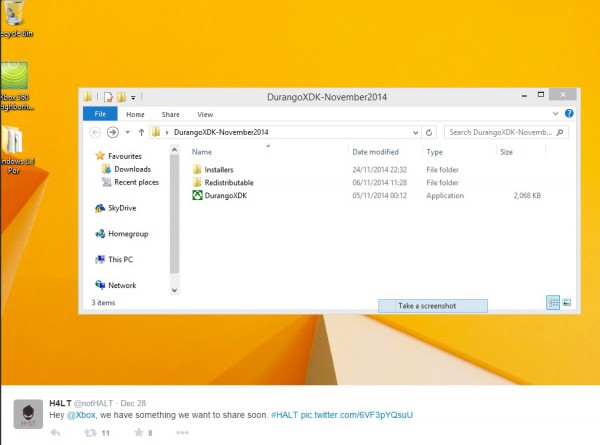 H4LT has said that there is no definite exploit at the moment that would allow developers to run homebrew applications, but the group does hope that someone familiar with the inner workings of Windows 8 will be able to dig through the files and find something.

The group is claiming that the reason behind the leak is to allow the community get creative. Microsoft has yet to officially comment on this but it will likely want to try and bury the leak.

This comes just ahead of Microsoft's upcoming Windows 10 event, where the new Xbox PC application will be revealed.

KitGuru Says: Developers still need a license to launch games on the Xbox Store but with this SDK now being public, it is only a matter of time before someone figures out how to modify the system to run unsigned code, thus opening the doors for homebrew apps. It will be interesting to see how Microsoft responds. That said, part of the company's original vision was to turn every single Xbox One in to an SDK. What do you guys think Microsoft will do?