Rare is back guys. Or rather, the style of game Rare once made is back, because Yooka Laylee is about the most faithful return to the classic 3D platformers from the late '90s era of gaming, that I've ever played. Available for the public to play for the first time at this year's EGX, if you loved Banjo Kazooie and Conker's Bad Fur Day, you'll really like Yooka Laylee. 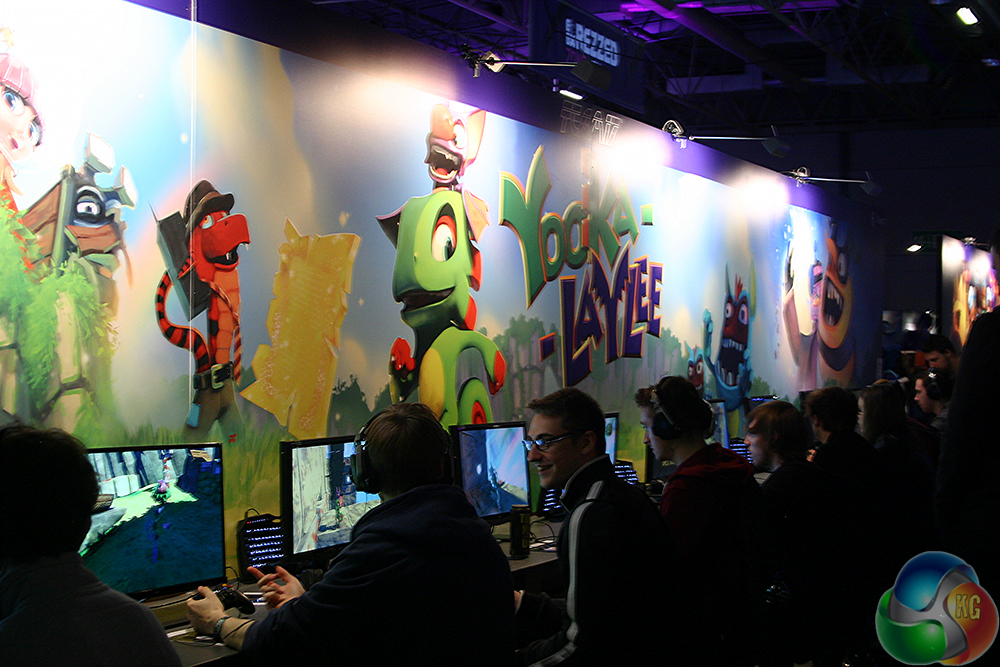 Produced by ex-Rare and former Banjo Kazooie developers like Chris Sutherland, Steve Mayles, Steven Hurst and Grant Kirkhope, Yooka Laylee is being developed by their new(ish) studio, Playtonic Games. From the outset the idea was to create a spiritual sequel to games like Banjo and based on my short play time with the game at EGX, I can confirm they've done a fantastic job.

Much like the bear and bird combo from the original N64 games, Yooka Laylee gives you a pair of anthropomorphic animals, in this case a chameleon and a bat, both of whom have different abilities which help you navigate the world and complete its various puzzles and challenges. You can roll, fire off sonar, glide for short sections of time and perform spinning tail attacks.

All of the moves feel very retro, but in a modern interpretative way and the level design feels very reminiscent of those enclosed, open worlds that Banjo, Conker and their contemporaries had.

It's the sound though that really caught my attention. The soundtrack is so close to the kinds Rare made back then, characters speak with the same Banjo-like nonsense talk and sound effects even sound like Kazooie just fired off an egg. Even the humour is classic Rare, with your main source of information on the level being a red snake called Trowser. Get it? 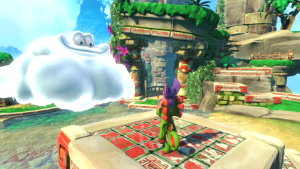 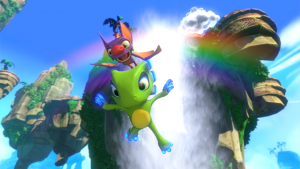 There's also ‘context sensitive buttons,' and a tonne of collectables to find. This game ticks all the boxes of a prime-era Rare game and that feels like something very special in today's gaming climate.

KitGuru Says: It will be interesting to see what the response is to a game like this from younger gamers. Does that older style of game still appeal?