Home / Software & Gaming / Uncategorized / In drone wars of the future, we already have our Retiarius

In drone wars of the future, we already have our Retiarius

It's not clear where drone development will eventually take us, but it seems inevitable that there will be drone on drone battles and if that happens, using a net like a Roman Retiarius gladiator may be the way forward. Shooting off webs of impeller tangling netting, the drone equipped with such a weapon can then either detach and allow the other drone to fall, or capture it and take it to a pilot determined location. 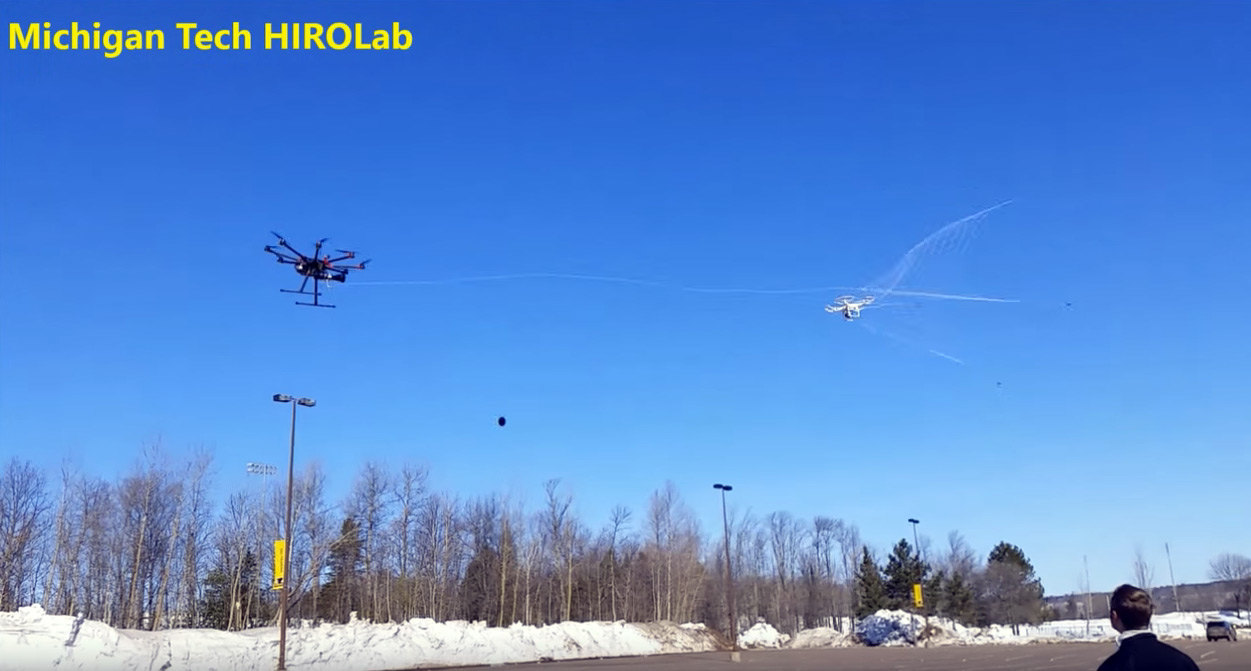 It looks a little like an airborne squid enveloping its prey

Developed by researchers at the Michigan Technology University, the idea is to offer law enforcement and authorities a simplistic and safe way to take down drones that enter certain airspaces.

We've seen previously how drones getting close to planes or crashlanding in the White House could create security or safety issues. However shooting them down is another dangerous practice, as they could land on someone or something. With this netting inspired system, the enemy drone can be captured from up to 40 feet away and then taken away for analysis or disassembly.

Other netting-based drone weaponry has seen Japanese police fly drones equipped with long nets dangling from their undercarriage (as per The Telegraph). While that method is less wieldy, it does have the potential for repeat usage. Theoretically the Michigan developed alternative could use multiple charges though.

These active policing technologies are thought likely to go hand in hand with more passive preventative technologies, like drone developers building firmware into their devices that don't allow them to fly into restricted airspaces around airports and similar locations.

KitGuru Says: As much as I can see the new practical uses for this sort of technology, I can't help but just get excited for future, airborne robot-wars.