While E3 tends to be very software-focussed, Europe’s biggest gaming expo, Gamescom, brings in more of a balance, with plenty of tech companies displaying their latest and greatest, alongside developers showing off new games. Today, Linksys announced its latest wireless router at the event, taking aim at gamers who want to prioritise their network traffic over everything else. According to Linksys, its new router can reduce ping at peak times by as much as 77 percent.

The Linksys WRT32X is a collaboration between Linksys and Rivet Networks to incorporate the Killer Prioritisation Engine. So if your PC has a Killer Ethernet port or wireless chip, then this router will be able to optimise traffic for lower latency, prioritising your connection over other devices in the house. This router also comes with new firmware and a new user interface to help make managing and controlling the network a little easier. 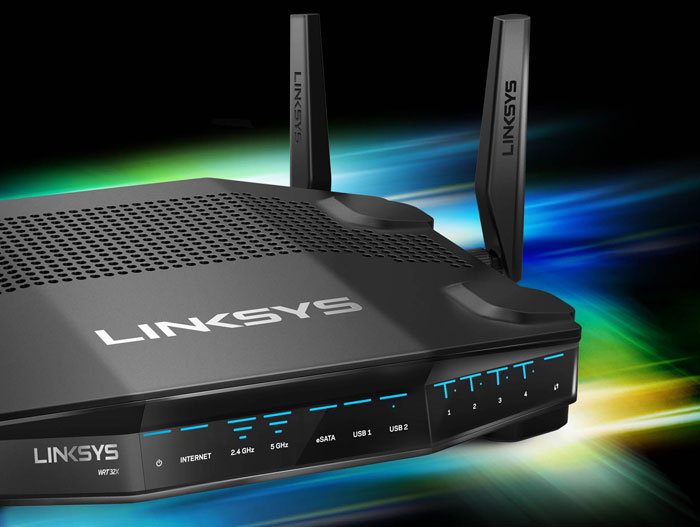 Under the hood, the WRT32X uses a 1.8GHz dual-core ARM CPU, an 802.11ac dual-band 3×3 wireless radio, 256MB Flash and 512MB DDR3 memory. There is a 5-port SOHO-grade Gigabit Ethernet switch with TCAM on the back, while on the software side, the firmware uses a table Linux kernel to keep things lightweight. The feature that is supposed to set this apart from the competition is the Killer Prioritisation Engine.

The Linksys WRT32X will be launching in late September with an MSRP of $299.99 in the US. So far, we don’t have confirmation on a EU/UK release date or price but it shouldn’t be too far behind.

KitGuru Says: Linksys isn’t the first company to launch a router aimed primarily at gamers but still, it will be interesting to see how many are willing to spend this much cash to improve their network. How much did you spend on your current wireless router?