After the European Commission hit Google with a record $5 billion fine, branding Android as anti-competitive, the company said that it would do more to ensure that users know about the alternative browsers and search engines available. Outlining the range of changes set to hit new and existing Android devices, Google is almost ready to roll out an update that should hopefully satisfy the regulator.

Although Android’s ecosystem has always allowed users to customise the operating system to their liking, Google found itself in hot water last July when the European Commission stated that it was in breach of antitrust violations. Google was accused of unfairly leveraging its Chrome browser and Search Engine “as a condition for licensing Google’s app store (the Play Store).”

Google paid the record-breaking $5 billion fine and began making changes to its licensing agreement immediately, separating Google Play from its Chrome and Search software. This enables original equipment manufacturers (OEMs) to strike deals with Mozilla’s Firefox or Microsoft’s Edge should they choose to. 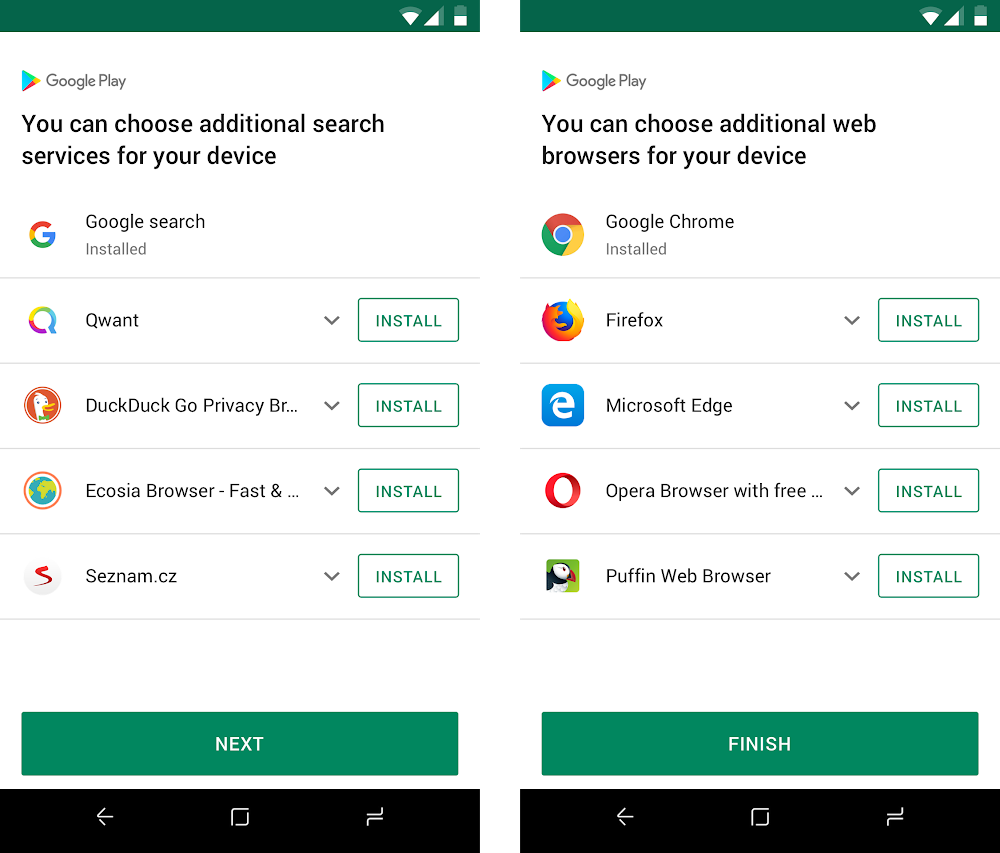 Further changes are inbound at the operating system-level, as product manager Paul Gennai lays out new details in a blog post. Once the update rolls out, Android users will be greeted with two screens when they first open the Play Store, one concerning the default Search service and the other pertaining to the default browser.

Each contains five of the most popular applications in their field, showcased in a random order with a shortcut to install them to the right-hand side. Users can download all 10, should they choose to, with instructions displayed on how to set them up and make them the default application appearing after installation. 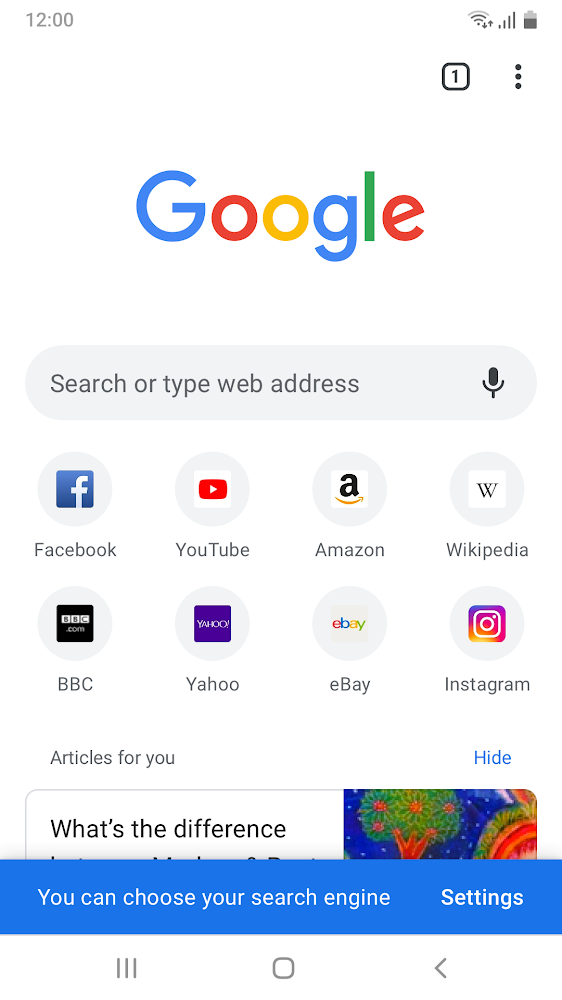 Of course, there will be a way to change these options at any time, but Google has yet to outline how. Presumably, this will also be from within the Play Store as the company has placed a lot of emphasis on the hub in recent months, even testing Android Q beta operating system updates from within the software.

Both new and existing smartphone users should gain access to the update as the patch rolls out over the coming weeks. Google has stated that it will be “evolving the implementation over time,” meaning there will be even more changes yet to be revealed.

KitGuru Says: It’s a simple change that perhaps should have been included from the very beginning. I can’t attest to how good mobile variants of Firefox, Opera and Edge are given that I’ve defaulted to Chrome my entire Android life, but many of them are attempting to improve at a rapid pace, particularly the latter with its Chromium rebuild. Will you be switching your default browser of search engine any time soon?