In recent years, smartphone lenses have more than doubled, with Samsung rumoured to house a new standard of 6 total cameras on the upcoming Galaxy S10. South Korean rival LG is reportedly taking things a step further, as a patent has surfaced with a total of 17 lenses on a single device.

Dutch tech site LetsGoDigital uncovered the filing, showcasing an unprecedented 16 rear-facing camera setup in a 4×4 matrix, and what looks like a single front-facing lens on the top right. The purpose of such a handset is to shoot a single scene from multiple different angles at once, allowing for 3D video or the manipulation of photographs. 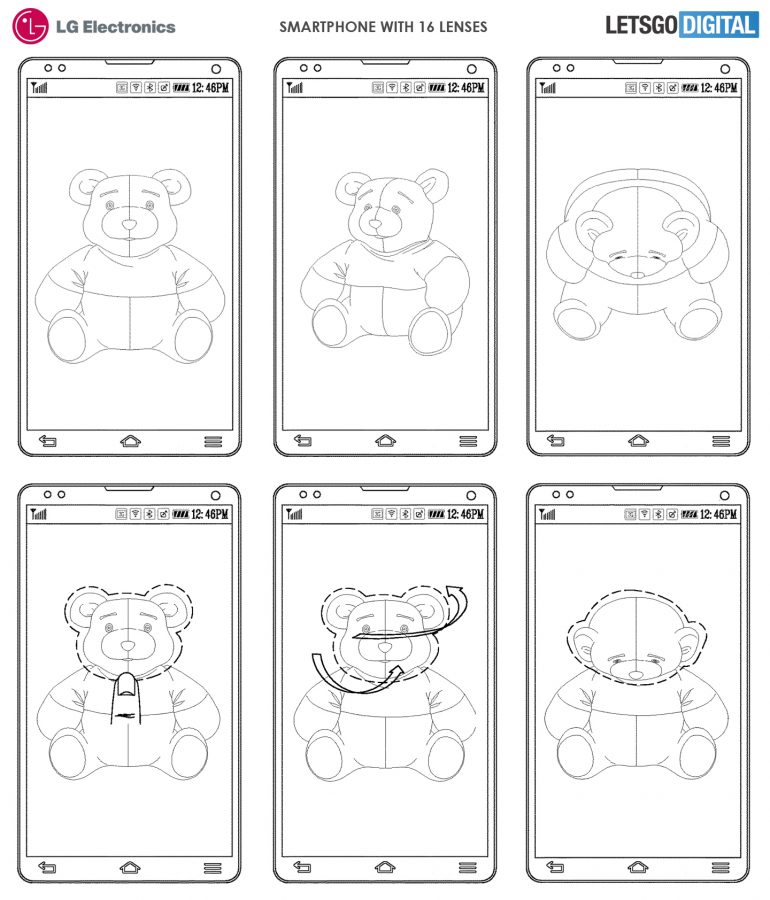 Outlined within the patent are the capabilities of the proposed photo editor, allowing the built-in AI to rotate the head of the subject with ease, thanks to the various angles captured. The same AI will supposedly be capable of merging pictures together, allowing the user to cut elements out in order to replace with better shots, such as those caught blinking or potentially remove a passing animal in the background.

While there is a front-facing camera on the design, LG is thinking about workarounds to utilise its much more detailed rear camera for the same purpose. To do this, a “mirror” is placed alongside the flash, although the patent doesn’t delve any deeper than that. Also on the rear will supposedly be a touchpad, although this cannot be seen on the provided concept images. 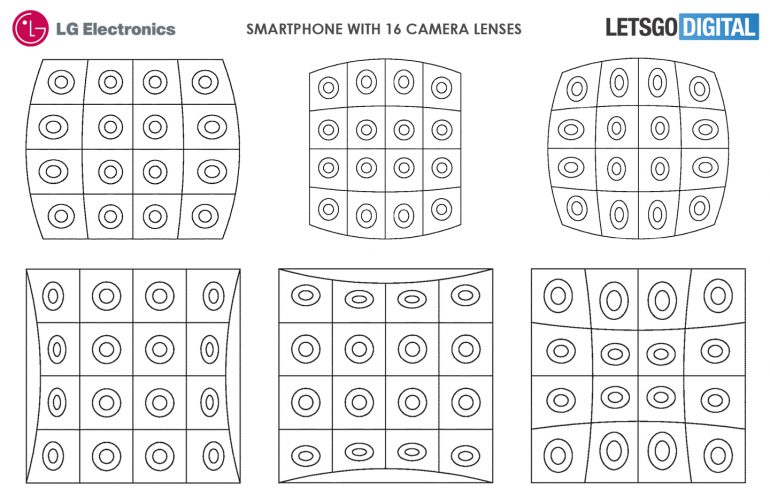 LG ensures that this is more a concept of the technology than the actual design of a smartphone, as its features could appear on future flexible or flip devices. Still, there’s nothing beyond the patent indicating that the firm is planning to release such a handset any time soon.

KitGuru Says: While I think that an array of cameras is certainly a good thing, how much is too much? At some point, a smartphone is sure to become too difficult to hold, let alone point and shoot images without fingers blocking certain lenses.