Last night at Google announced the expected Nexus 9 tablet and Nexus 6 handset. However, it also threw a surprise our way by announcing a new Android powered set top box, which will take on the likes of the Apple TV and the Ouya console.

Asus is in charge of the Nexus Player project, it will run a version of Android optimized for TV use and will enable owners to watch videos and stream music from Windows, iOS, Android, Mac or Chrome using the Google cast feature. Essentially working the same way the Chromecast works.

The Nexus Player can be used for watching TV shows and movies via streaming apps, that was to be expected but the device will also have a big focus on gaming. The Nexus Player will support bluetooth game pads, allowing users to play Android games on their TV. 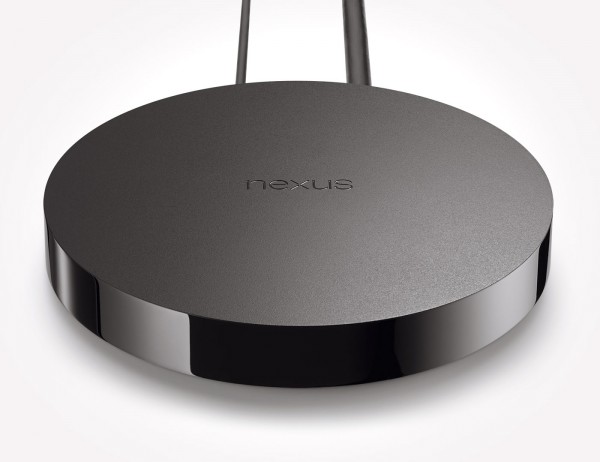 Google claims that the Nexus Player is a “first-of-its-kind Android gaming device, completely disregarding the Ouya, an Android console, which has been available for some time now although with limited app support.

“With Nexus Player you can play Android games on your HDTV with a gamepad, then keep playing on your phone while you’re on the road. Nexus Player is Google Cast-ready so you can cast your favourite entertainment from almost any Chromebook or Android or iOS phone or tablet to your TV.”

The Nexus Player will be available to pre-order from the 17th of October, just like the Nexus 9 tablet. It features a 1.8 GHz Intel Atom CPU, 1GB of RAM, 8GB of storage and Imagination PowerVR Series 6 graphics. The Android console will be available on the Google Play store for $99 in the US. There is no word on UK availability just yet but much like the Chromecast, it might take a while.

KitGuru Says: Google has announced a fair few devices over the last 24 hours. What do you guys think of the Nexus Player? Do you think Android is a suitable platform for a mainstream set top box/console?