Amazon is expected to formally announce its highly-anticipated smartphone only in June, but the first details as well as pictures of the device were revealed already on Tuesday. The final specs and design of the handset are unknown, but from what we do know, it seems that the product will be a decent one, yet, do not expect a lot of real breakthroughs in addition to auto stereo-3D display.

Based on the information from a BGR report, which cites multiple sources, Amazon’s first smartphone will be based on a Qualcomm Snapdragon application processor, will sport 2GB of RAM as well as 4.7” auto stereoscopic 3D display with 1280*720 resolution. The device is projected to feature four low-power sensors that will track owner’s retina position on the front-side as well as a 13MP camera on the backside of the device.

Amazon has already supplied its smartphone to select software developers to ensure that they build programs that support the new device and its operating system.

The current prototypes of the Amazon smartphones are sheltered in a special polycarbonate case that is supposed to hide the actual design and further protect the device which was probably made in limited quantities. Based on what can be seen on the photos, the Amazon smartphone will be pretty slim and will likely resemble Sony Xperia handsets. It is also likely that it will be made of metal or an alloy. 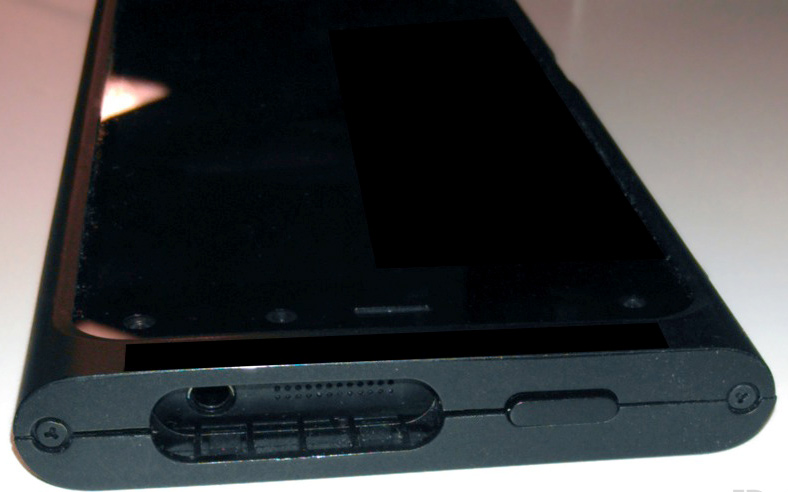 The smartphone will feature a TRRS connector, a speaker, an on/off button on top, volume control buttons on the left side and an unknown button on that side as well (it can be used to take pictures or for some other things). The SIM card will be installed into a special tray on the side of the phone as well, which may mean that the phone will be completely sealed like Apple iPhone and it will be impossible to change its battery.

As reported, the smartphone from Amazon will almost certainly run on a new version of the Fire OS, which already powers Kindle Fire tablets and Fire TV set-top-box. The Fire OS is based on Google Android, so it is simple for developers to port their services and games over to the smartphone from Amazon. Moreover, most likely many apps for Kindle Fire tablets will also run on the handset.

KitGuru Says: In case the images truly depict the forthcoming handset from Amazon, then chances are high that the device will indeed be announced this June and will start shipping in late September, as reported late last week. In general, the handset looks okay, but apart from its auto stereo-3D screen, it is nothing special, just an ordinary smartphone. Still, nowadays software determines the fate of hardware, not otherwise…

Previous BlackBerry buys stake in healthcare IT firm, seeks new opportunities
Next 54 per cent of Steam games played for less than an hour