It is not a secret that Microsoft Corp.’s Windows Phone platform is far from being truly popular. Even though formally it is supported by a dozen of vendors, many have not released anything based on the operating system. As a result, it is not surprising that the most popular Windows Phone-based smartphones are Nokia Lumia, which are now sold by Microsoft itself. 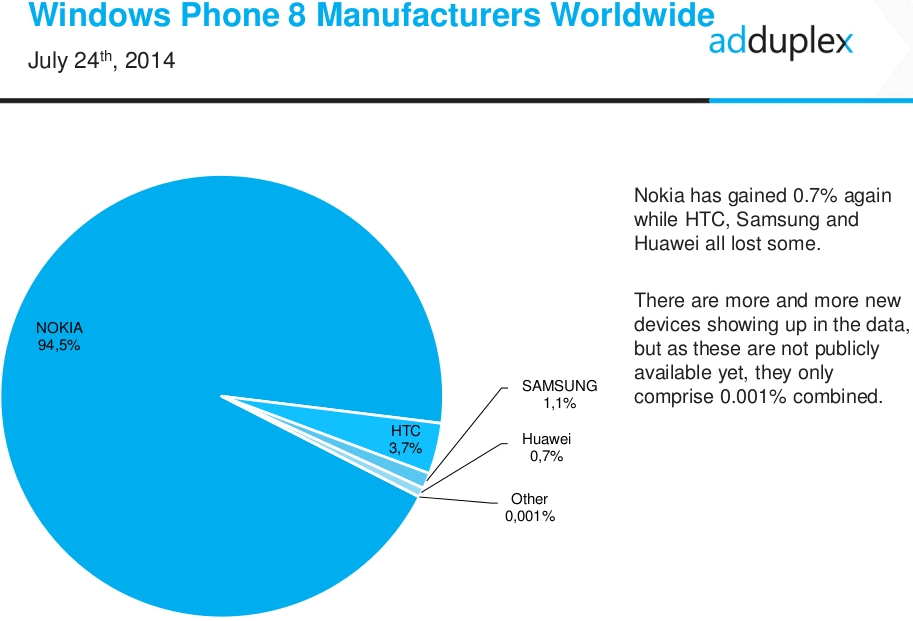 The main reason of Lumia’s popularity is simple: there are tens of different models from Nokia on the market, hence, customers have a lot of options to choose from. Other makers – Samsung, HTC, etc. – offer only one model based on the Windows Phone 8 operating system. 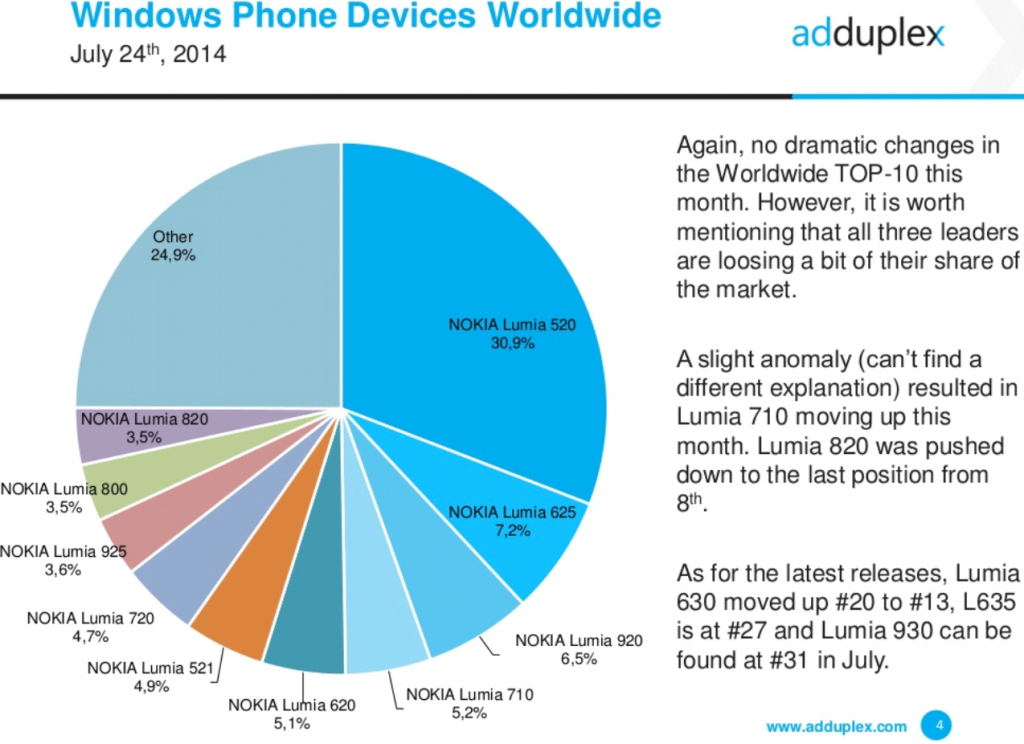 The most popular Windows Phone-based smartphones in the world are inexpensive Nokia Lumia 520 and Nokia Lumia 625. Among the high-end models the Lumia 920 remains to be the most used WP-based handset. 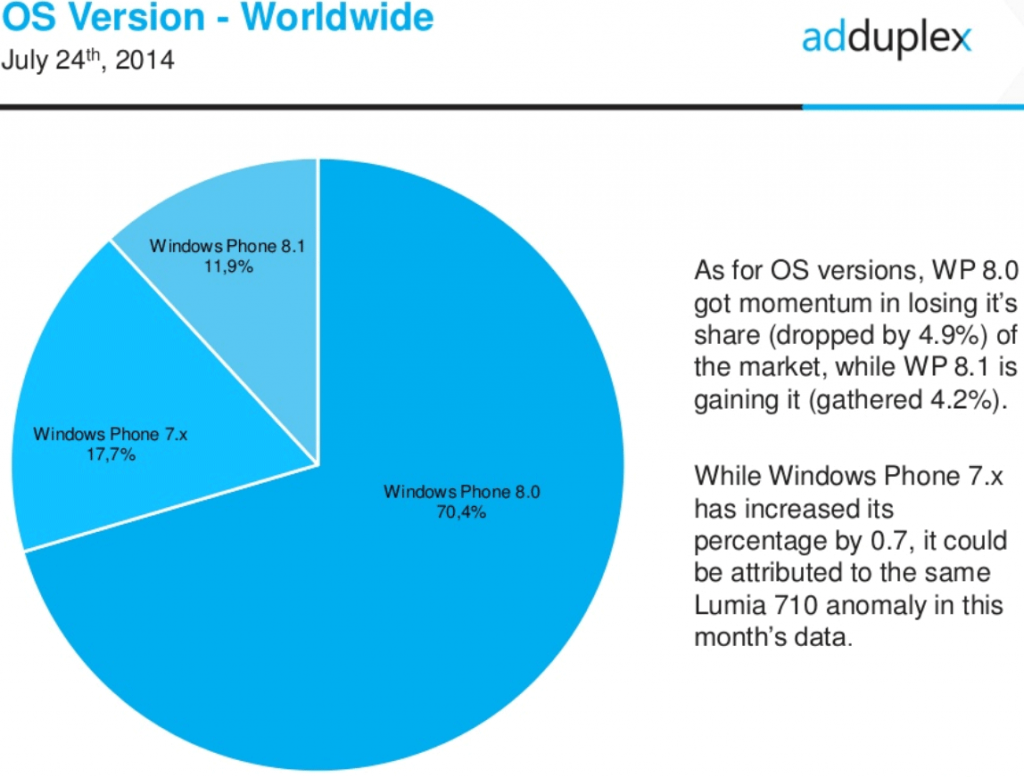 It is noteworthy that 17.7 per cent of Windows Phone adopters still use the outdated Windows Phone 7-based devices, which means that they do not utilise new applications only supported by the WP8.

The AdDuplex report is based on data collected from 4451 Windows Phone apps running AdDuplexSDKv.2 in late July, 2014.

KitGuru Says: Since Microsoft pretty much covers the whole Windows Phone 8 market with its Lumia range, it will be extremely hard for other players to enter this market and gain any share. Keeping in mind that the WP platform’s share on the market of smartphone operating systems was between 2 and 3 per cent in Q2 2014, certain makers may decide not to introduce handsets featuring Windows Phone at all…