Back in the days, Nokia Corp. sold loads of premium 8-series feature phones with hefty price tags that featured unique design and materials. In the late nineties Nokia even established a special company – Vertu – which produced ultra-expensive and distinctive phones. The 8-series smartphones lost popularity rather quickly after the smartphone era began, but it looks like Microsoft wants to bring back some if the heritage with the new golden Lumia smartphones.

Microsoft has relatively quietly unveiled special editions of its Nokia Lumia 830 and Nokia Lumia 930 smartphones with an anodized gold color. The smartphones are based on the Qualcomm Snapdragon 400 and the Qualcomm Snapdragon 800 application processors, respectively, and have no difference with typical versions of the handsets that do not feature golden finish. These two smartphones will be available in black or white with metallic parts covered with gold. Other capabilities – Windows Phone 8.1 operating system, premium PureView cameras with Zeiss optics, Corning Gorilla Glass 3 cover glass and so on – are the same as on standard models. 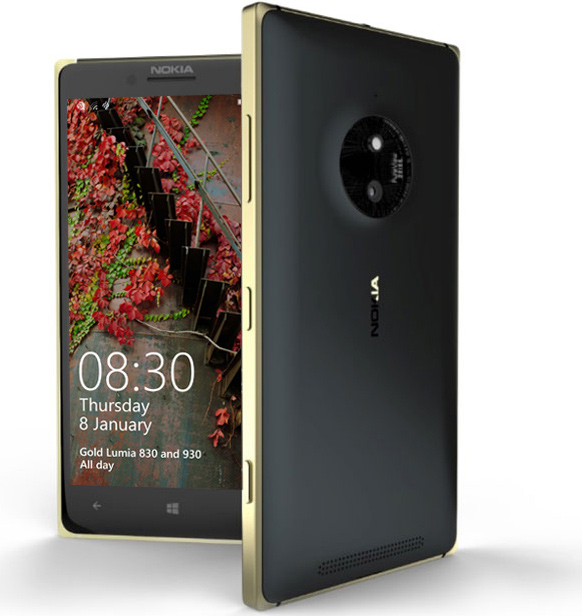 The world’s largest software producer does not reveal pricing of its forthcoming golden Lumia 830 and Lumia 930 handsets, but it is likely that they will feature premium price tags and will be aimed at customers seeking for something special. Microsoft said that the devices will be available for purchase in select countries in Europe, Middle East, Africa, Asia Pacific as well as in China and India.

By releasing the Lumia 830 and the Lumia 930 gold edition smartphones, Microsoft wants to address customers, who used to buy Nokia 8-series handsets in the 1990s and 2000s. While the idea of offering something exclusive to premium customers is generally nice, the obvious problem is that the new Lumia smartphones are not unique. The Nokia 8-series phones featured distinctive design and features, even though they were based on platforms used for mainstream handsets. Covering something with gold does not automatically make it exceptional. 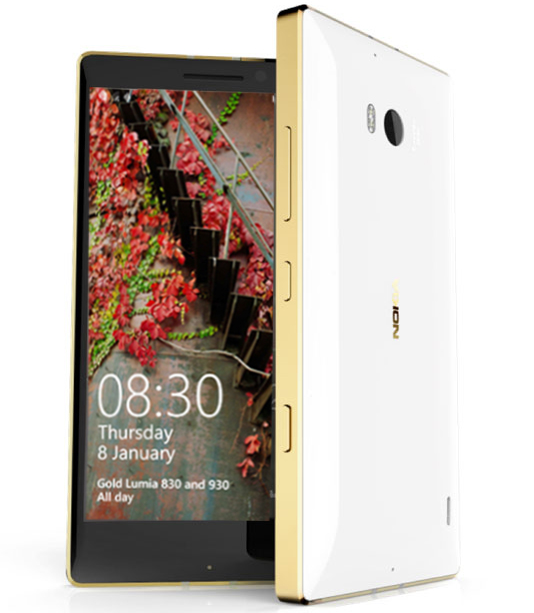 KitGuru Says: Back in 2011 Nokia released its Oro smartphone that was an expensive version of its own C7 handset with golden finish and leather back. The device has never become popular since it was not really exclusive. The new Lumia 830/930 Gold will likely share the destiny of the Oro.