Although Apple’s iPad media tablets continue to be massively popular, their sales are stagnating. Therefore, the company needs to find new markets for its slates. For quite some time Apple has tried to attract corporate buyers to its iPads, but far not all of them are satisfied with 9.7″ displays. Unfortunately, Apple will have nothing new to offer to professional customers for a couple of quarters.

For well over a year Apple has been working on an iPad for business customers with appropriate form-factor and hardware solutions. Originally, it was believed that the novelty will hit the market in early 2015, but then it was reported that Apple delayed mass production because of overwhelming demand for iPhone 6 and the fact that company could not get enough components without disrupting the whole supply chain. While Apple probably have solved most of its supply-related issues, the company has not resolved all of them and had to delay mass production of its iPad 12.9” to this fall.

Production of the 12.9” iPad, which many call iPad Pro, is now scheduled to start around September because of delays involving the supply of display panels, reports Bloomberg news-agency citing a person familiar with the matter. The postponement of the iPad Pro is a major development for Apple, which needs to reinvigorate sales of its tablets. It is unclear what kind of display the iPad Pro is set to use, but some rumours indicate that Apple wanted to install an IGZO screen on its professional tablet. 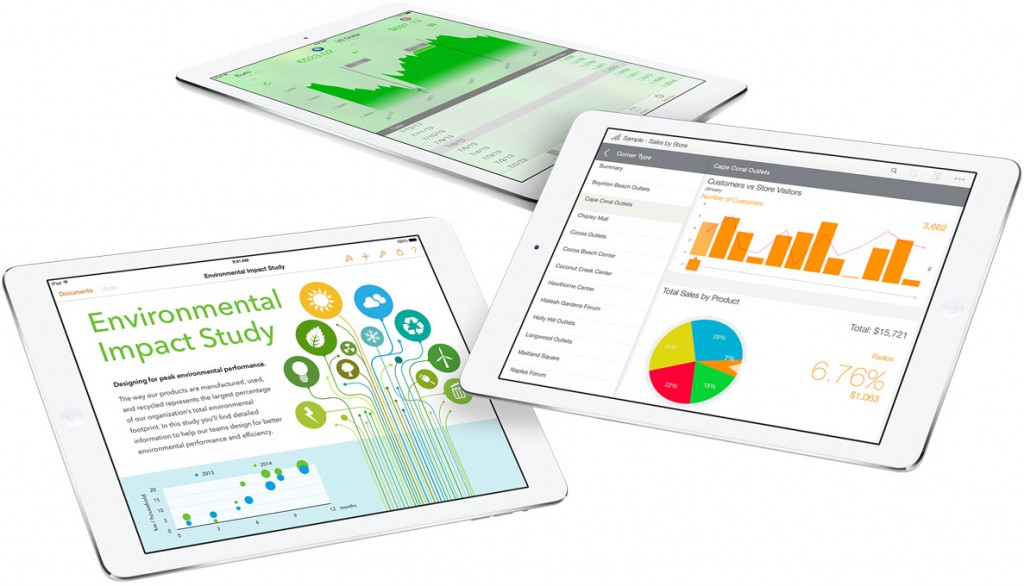 Apple needs iPad Pro to address the market of professional users who need larger screens, improved security and better apps. Now that Apple has collaborated with IBM for professional business applications for its smartphones and tablets, it has the software to address many big companies. However, to do that properly, Apple needs hardware too. Unfortunately for the company, it still does not have any rivals for Microsoft Corp.’s Surface Pro 3 tablet, which is used as a laptop replacement.

KitGuru Says: On the one hand, it is possible that Apple postponed the release of its iPad Pro because of issues with display production. On the other hand, in the light of the fact that Intel Corp. readies numerous rather breakthrough technologies for large tablets and 2-in-1 devices, Apple may have decided to wait with its iPad Pro and evaluate all possible hardware platforms to find out the best combination between performance, features and power consumption.