Earlier this week, Apple began making headlines after accidentally releasing an early version of its HomePod firmware. Software developers managed to get hold of it and began scouring it for hidden details regarding Apple’s upcoming releases. Unsurprisingly, a trove of iPhone 8 details were uncovered but it seems there is still more to be found. Today, news surrounding the iPhone 8’s new camera began hitting the web.

Portuguese site iHelp went digging through Apple’s code and found references to the iPhone’s camera. More specifically, there is a line of code that reads “CameraCapabilities isBack4k60VideoSupported” and “CameraCapabilities isFront4k60VideoSupported”. This indicates that the next iPhone will get an upgrade from 4K/30 frames per second on the rear camera, bumping it up to 60 frames per second at 4K. However, the bigger upgrade comes to the front facing camera, which was previously limited to 1080p. According to this code reference, the 2017 iPhone will support 4K/60 video from the front camera too. 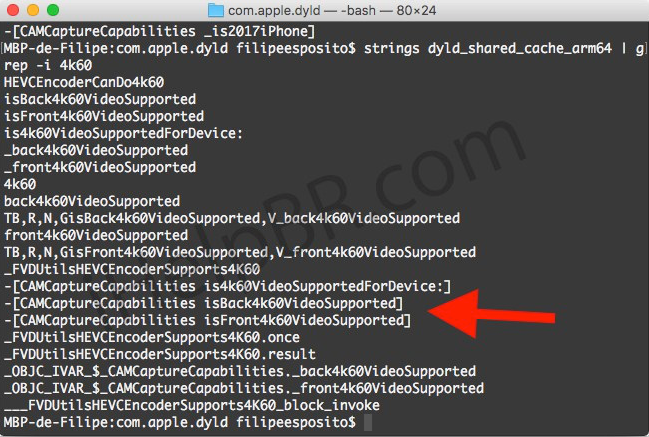 It is worth noting that the code entry does not specifically name the ‘iPhone 8’, it instead refers to the ‘2017 iPhone’, so Apple’s final name is still up in the air. Either way though, a jump to 60 frames per second at 4K on both the rear and front cameras would be a significant upgrade. This could also end up helping with Apple’s Augmented Reality plans, as the company is apparently working on a few AR camera features for the iPhone already.

We also know that iOS 11 will bring a jump to the HEVC (H.265) codec, which can compress video files much more efficiently. This will be necessary when jumping to 4K/60 as file sizes will increase.

KitGuru Says: This early HomePod firmware has been something of a treasure trove for early iPhone details. However, the initial bits of info uncovered all focussed on confirming things we already knew through leaks/rumours. This is the first piece of completely new information.

Previous Help ASUS and KitGuru spec a laptop and win RX580 or GTX1060!
Next The man who stopped WannaCry from spreading has been arrested