It was big news last year when Apple bought out Beats Music, but the service kept running for some time while Apple figured out what to do with the acquisition. Now that Apple Music is finally out and is steadily building up its own subscriber base, it is time for Beats Music to officially shut down, with Apple announcing that it will be pulling the plug on the 30th of November.

Apple Music is now available for both iOS and Android, so anyone who still happens to be subscribed to Beats will either need to make the switch to Apple, or a competing music streaming service to keep getting their fix. 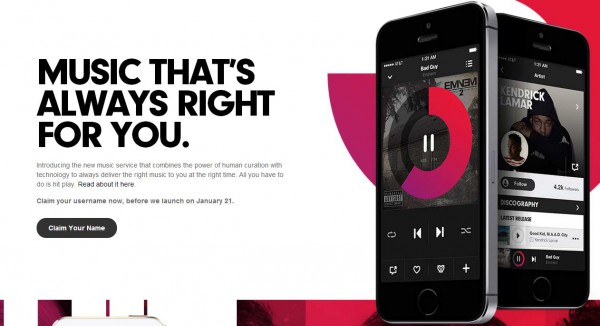 Beats Music launched back at the start of 2014 and immediately began competing against the likes of Spotify with its subscription model. Apple then bought the service for $3 billion and implemented it with iTunes on the desktop and created a new iOS app for iPhones and iPads.

The service was off to a good start thanks to its huge three-month free trial. However, we don't know how many people have stuck around since the trial period ended this year. Apple Music costs £9.99 a month and is slightly more expensive on Android due to the 30% cut that Google takes on Play Store app purchases.

KitGuru Says: I pretty much assumed that Beats Music had already shut down following the announcement of Apple Music. Did any of you use Beats? Have you switched to another music streaming service now?