A few weeks back, images of what appeared to be a completely new iPod Touch appeared in an iTunes update. At the time, we assumed that this meant that Apple would be breathing some new life in to its line of iPods later on this year but it seems the company opted for a quiet refresh instead.

The Apple Store website just updated with the new range of iPod Touch devices. The main design remains familiar, with features like Touch ID missing. However, there are a few new colour options and the internals have received a significant boost. 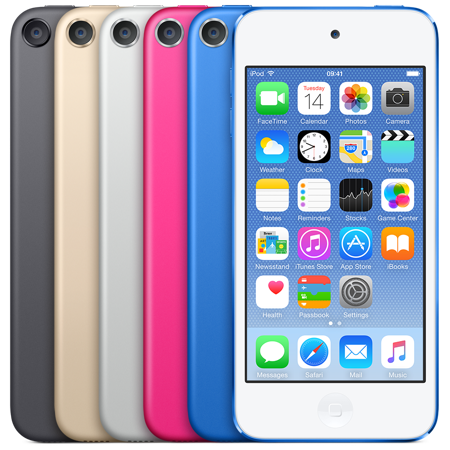 For a start, the iPod Touch now ranges from 16GB to 128GB in size for those who require the extra space for apps. The camera has been updated to the 8 megapixel iSight camera with f/2.4 aperture and the iPod Touch is now packing an S8 processor, the same one found in the iPad Air 2 and iPhone 6.

KitGuru Says: Apple has shifted focus from its iPod line up for years now. However, it isn't quite done with them just yet. That said, I do wonder just how much life the iPod range has left, do you think Apple will kill off the iPod within the next few years?

Previous The Shenmue 3 Kickstarter is almost over, raised $5 million
Next The Elder Scrolls Online is getting its first expansion