Apple now lets potential second hand iPhone buyers check if the device is stolen or not before users hand over their money. The new tool requires an IMEI code or serial number, it will then check if an iPhone, iPad or iPod Touch has been previously locked down by its rightful owner.

Hackers have already figured out a way to bypass activation locks to make stolen devices appear legitimate up until you try to make a phone call or activate the phone in your own name. This new tool with help buyers avoid bad eBay listings and should crack down on stolen iPhone trading. 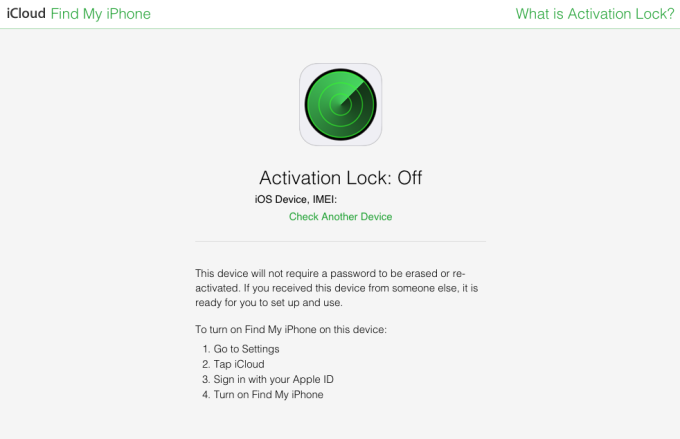 Apple was supposedly informed of the activation lock bypass back in March but the company did not get back to two guys behind the hack. As a result, it was released to the public to try and help raise awareness, all in an effort to force Apple to fix the problem and tighten up iCloud security.

Several Apple store employees were arrested recently after it was discovered that they were buying stolen iPhones from gang members, completely restoring them and then reselling them.

KitGuru Says: There’s always a small degree of risk when it comes to buying a second hand device, this new tool could help reduce the number of stolen iPhones circulating the second hand market. Have any of you guys ever bought a dodgy device on eBay?