Apple to bring back iTunes home sharing with iOS 9

Apple recently launched new versions of iTunes and the Music app for iOS in order to roll out its new streaming service, Apple Music. Unfortunately though, these new updates removed Home Sharing entirely, which allowed users to share their music library across devices on the same WiFi network.

There was quite a bit of backlash to this, so Apple has gone ahead and revealed that it will be bringing the feature back when it launches iOS 9 later this year. The removal of iTunes home sharing came as a surprise to everyone, so Apple's Vice President of Internet Software and Services, Eddy Cue, noted on Twitter that the company is working on bringing the feature back: “We are working to have Home Sharing in iOS 9”, he said in response to a fellow Twitter user. 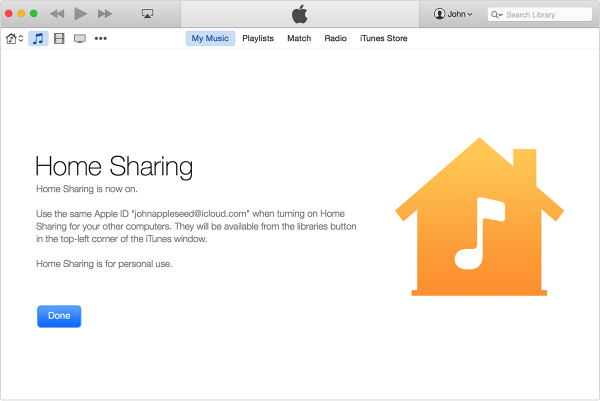 iTunes Home Sharing was particularly useful as the feature was cross-platform, meaning if you owned a PC, as long as you had iTunes installed you could stream over to iOS or Mac OS X. The latest iOS update still maintains the video streaming feature, which allows you to play files on the Apple TV but for now, music sharing is gone.

That said, you can grab a three-month free trial of Apple Music, which will run out around the time iOS 9 should launch.

KitGuru Says: People were surprised and not particularly happy when they noticed that iTunes home sharing was suddenly removed. Fortunately for those that use it, it will make a return later this year, although we still don't know why the feature was killed off in the first place. It definitely seemed like an uncalled for move.