Apple to refresh 13 and 15-inch MacBook Pros in July

It looks like the Macbook Pro line could be getting an early refresh this year. While Apple has traditionally announced new laptops and OS X machines in October, this year it looks like we will be getting a new 13-inch and 15-inch Macbook Pro in July, perhaps with a debut set for the World Wide Developer Conference, at which Apple will also likely announce the new version of OS X.

This particular rumour comes from Digitimes, which cites supply chain sources. These new Macbook Pros will end up sporting Intel's Skylake processors, which are more power efficient and could pave the way for even thinner laptops in Apple's Pro range. 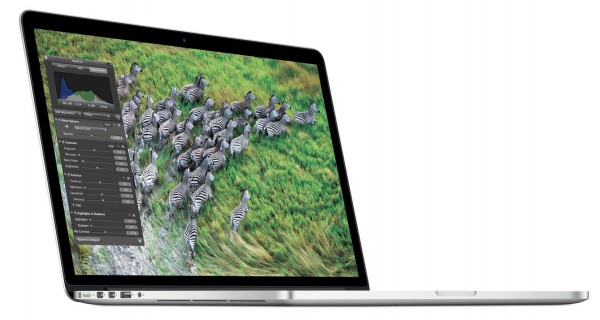 There is even talk of these new Macbook Pros being thinner than the Macbook Air, which could potentially mean that Apple will phase out the Air-line. Either way, Apple usually isn't great at keeping secrets so we will likely hear more as we get closer to WWDC.

KitGuru Says: I happen to regularly use a Macbook Pro myself though I do wish that Apple would get into the habit of offering a discrete GPU on some of its lower end models. Do any of you use a Macbook Pro at all? Are you in the market for an upgrade?